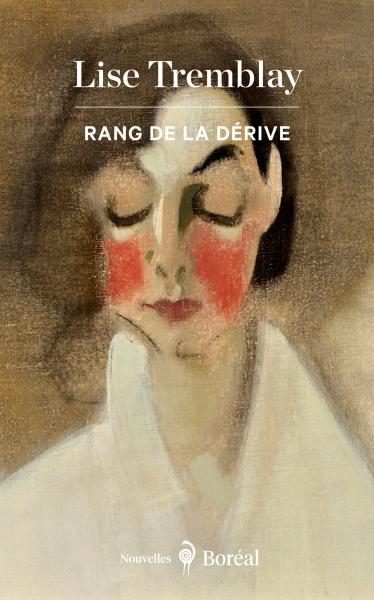 How, at 60, can you get out of love stories you are not proud of? How, basically, to be reborn?

On the cover of Rang de ladrift, the bright red that marks the cheeks of the woman who is drawn there to attract attention. Her downcast eyes accentuate what is, what? Shyness? Of submission?

No, shame. This crosses the five short stories of Lise Tremblay's most recent work. Everything had started well for the narrators of the collection.

Thus, that of the first short story, whose title is also that of the book, had fallen in love with Eli, a great teacher met then she was finishing her doctorate. Their story will quickly turn into a relationship of dependency. Thirty years later, the narrator observes: “I put myself at his service as one enters a religion.”

Quite a paradox for the one whose studies had been marked by feminist readings! Patriarchy, alienation, she knew the springs, as she says. But “there was a flaw” and she carried it.

This flaw can be seen in each of the stories. Given the scenarios proposed, it is not surprising that it went wrong: young women are so blinded by their man that they sacrifice their job, their talent, their life to him. But the man ages badly or ends up getting tired of them, and they find themselves faced with a huge void.

The opposite is also illustrated: an energetic and assertive woman becomes infatuated with a young man who knows how to exploit her. “Estelle had been defeated by a teenager who cheated on her.”

Getting out of the doldrums

Under the pen of Tremblay, love is therefore a terrible trap for women. She exposes it in a direct way, putting her finger on what hurts.

Moreover, the collection opens as follows: “Eli has decided not to sit with me. […] I bother him with my questions.” That's good, the narrator is ashamed of him now and she has better things to do: “analyze the extent of my personal failure”.

And she has quite a point of comparison. Eli had divorced for her and, at the time, she had caricatured the collapse that it had been for Constance, his wife: a madwoman, that's all! Love does not mix well with sisterhood…

But since then, Constance has become a craftswoman whose works are noticed. And how calm she exudes! Ironically, she appears to be an inspiration for the narrator.

Tremblay thus opens up avenues for bringing his heroines out of the doldrums. Each short story explores with precision the stages of an ascent which must be done gently when one has descended so low in self-denial. We will therefore move from resignation to action – to leave, to leave “it”, to choose a place where to grow old.

To finally be in reality, what! Not in the dream of tales and advertising. In the end, shame is left behind.