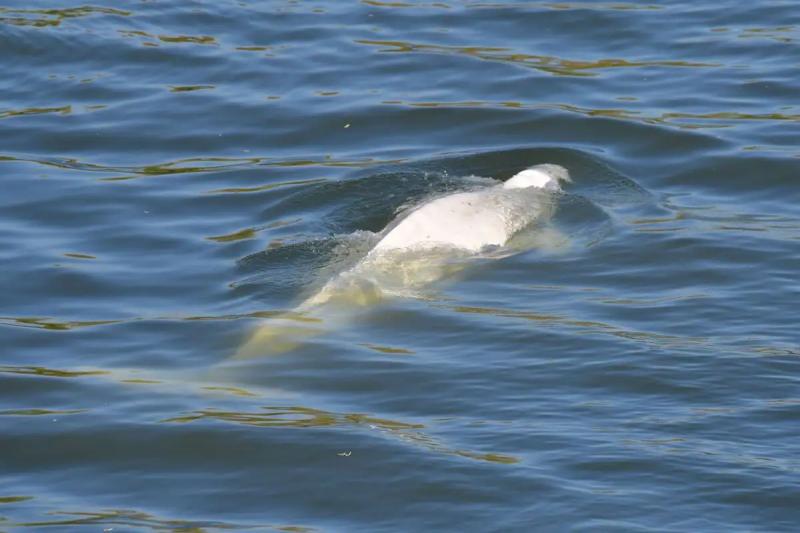 Hope was dwindling on Sunday to save the sick beluga lost in the Seine, a river in northern France where the presence of this marine mammal used to cold waters is exceptional, but the rescuers ruled out for the time being to euthanize it.

Asked about the chances of saving the animal, Lamya Essemlali, a manager of Sea Shepherd, the ocean defense NGO present on places, said experts and authorities were faced with “a challenge”, where there is “little hope”.

Since Friday evening, the beluga whale, a four-meter-long cetacean spotted in the Seine on Tuesday, has been in a lock about 125 by 25 meters, 70 kilometers northwest of Paris.

Several attempts to feed him have been unsuccessful: herring, trout and even squid… On Saturday, the veterinarians, “given the beluga's physiological state”, had administered “vitamins and products likely to whet your appetite,” said the prefecture of the Eure department on Sunday.

If the beluga adopts “a calm behavior” in the basin of the lock of the Garenne, where he entered by himself, “he is very thin and has skin changes due to his presence in fresh water”, notes the prefecture.

According to Sea Shepherd, this lack of nutrition is nothing new. “His lack of appetite is surely a symptom of something else, an origin that we do not know, a disease. He is undernourished and it is several weeks, even several months. At sea, he no longer ate,” explained Ms. Essemlali.

Also, on Sunday, there was hardly any time for optimism about the animal's chances of survival and the fear that he suffers the same fate as an orca found in the same river last May. The operations to try to save the cetacean had failed and the animal had finally died of starvation.

However, the option of euthanizing the beluga was “discarded for the moment”, indicated Ms. Essemlali, because “at this stage it would be premature because it still has vigor, a curious behavior: it turns the head, it reacts to stimuli, it is not amorphous and moribund”.

Towards an exit from the lock

Among the conceivable hypotheses are an extraction or an opening of the lock.

“We are all dubious about its ability to reach the sea by its own means. Even if we released it with a boat, it would be extremely dangerous, if not impossible,” she said.

In any case, it does not seem possible to leave it in the lock, where the water is stagnant and warm.

“He must be out within the next 24 to 48 hours, these are not optimal conditions for him,” explained the Sea Shepherd manager after a meeting with the prefecture, the French Office for biodiversity, the marine mammal specialist Pelagis Observatory, and a Canadian cetacean expert.

According to Pelagis, the beluga “has an arctic and subarctic distribution. Although the best known population is in the St. Lawrence estuary (Quebec), the closest to our shores is in Svalbard, an archipelago located in northern Norway, 3000 kilometers from the Seine.&nbsp ;

According to the same organization, this is the second beluga known in France after a fisherman from the Loire estuary, the great river in central France, had come up one in its nets in 1948.

In 1966, another individual had traveled up the Rhine, in the east, to Germany and in 2018, a beluga was observed in the Thames estuary in England.