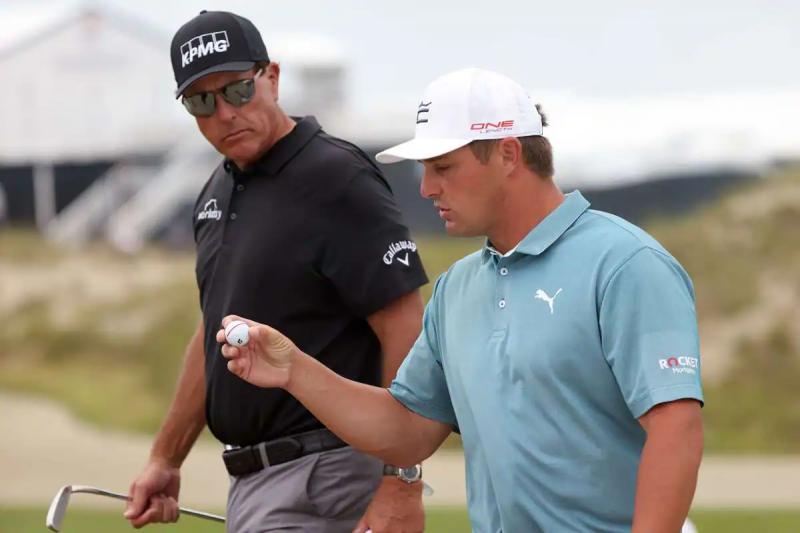 It was only a matter of time before the battle between the controversial new LIV Golf series and the PGA TOUR ended up in court. On Wednesday, 11 defectors to the Saudi league filed a lawsuit against the PGA Tour in a northern California legal district.

Of the lot, we find Phil Mickelson and Bryson DeChambeau. They believe the PGA Tour has violated US competition (antitrust) law.

“The Tour's illegal strategy has both harmed the players and threatened the league's promising start. The circuit has used its monopoly power by applying illegal restrictions to players by denying them to offer their services to others. He imposes long suspensions on them for having exercised their right of independent contractors wishing to play in the events of a competing promoter. He also escalated the threats by targeting the plaintiffs,” the 100-page court document reads.

It must be recalled that these 11 players had been suspended from the PGA Tour as soon as they hit their first tee shot on the new league LIV, powered by Saudi Arabia's Public Investment Fund, because they had violated the regulations. These stipulate that they cannot participate in a tournament on another circuit at the same time as a PGA tournament without the agreement of the commissioner.

Among the golfers named in the document, Talor Gooch, Hudson Swafford and Matt Jones are trying to get an injunction to play in the first tournament of the FedEx Cup playoffs next week. < /p>

It has also been revealed that Mickelson is subject to a double suspension from the American circuit since he has been trying to recruit players for
LIV Golf since last March. He would also be suspended until March 2024.

According to him, his  illegal suspensions  would have cost him valuable contracts, sponsors and scholarships. It should be recalled that Lefty made explosive statements to journalist Alan Shipnuck about the PGA Tour and LIV. He then lost his sponsors.

This pursuit has been floating in the air since spring. In an episode of the No Laying Up Podcast in June, Justin Thomas expressed his dismay at the situation. “They are going to sue me, sue Rory [McIlroy], Tiger [Woods] and everyone they have played with, teamed up with and shared precious moments with. They are going to sue us. »

The legal battle has only just begun.