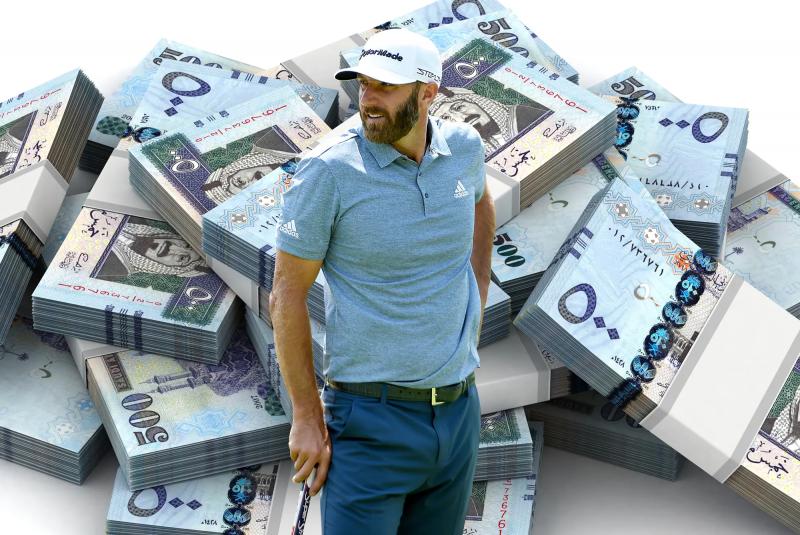 BEDMINSTER, New Jersey | Tons of money. This is what has shaken the world of professional golf on an international scale since the spring. And when that money comes from an almost inexhaustible and controversial source like Saudi Arabia's Public Investment Fund (PIF), the stakes go beyond sports. Dive into the parallel world of the new LIV Golf league.

Agreements worth $200 million to Phil Mickelson, $150 million to Dustin Johnson, $125 million to Bryson DeChambeau, $100 million to Brooks Koepka. With chests full and pockets full, nothing can stop the leaders of the league launched last June and piloted by Greg Norman, who want to lure the big headliners, many of whom are on the decline.

LIV Golf has been in the discussions for months, dividing the players and washing the ecosystem of the sport by saying that it has set up a new way of presenting golf.

Le Journal therefore traveled to the site of the third tournament on LIV's inaugural season schedule this week, in the affluent New Jersey countryside of Bedminster, to observe and learn about the menacing beast.

The three-day tournament is played on the course of former US President Donald Trump. The 45th head of state is also present on the property. He was the one who recently urged professional golfers to jump on the money offered by the new organization in a controversial statement: “Take the money.”

Car , by presenting fabulous offers to big stars of the professional circuits of the PGA and the DP World Tour in Europe, LIV literally steals their product.

Greg Norman had been toying with the idea of ​​creating a dissident circuit since the 90s. He succeeded by convincing the Saudi authorities to invest in his project.

Tentacles around the world

Digging into the panoply of financial interests of Saudi Arabia's Sovereign Investment Fund, which is the most opaque on the globe, one finds that its tentacles are stretched across the planet, and in all areas. Whether in energy, real estate, technology, finance or sports.

From Riyadh to Los Angeles, via London and even… Quebec, through Blackstone, a gigantic American firm linked to the PIF.

When a customer jumps into an Uber car , it fattens the Saudi Fund.

When a passenger boards a Boeing aircraft, it fattens the Fund.

When a viewer tunes in to the Disney Channel or that a family visits the country of Mickey Mouse, they fatten the Fund. When a gamerplays Nintendo, it fattens the Fund. It has more than 200 investments across the globe.

By 2030, the Saudi Vision 2030 plan aims to continue diversifying its investments. Experts predict the expansion of the portfolio to more than 2000 billion dollars.

This Fund, whose honcho is Crown Prince Mohammed bin Salman, has also invested in the world of sport. < /p>

He is the majority owner of the football club Newcastle United, of the Premier League of England. Through the national hydrocarbon company and the world's largest oil company, Aramco, he is one of the six major partners of Formula 1. And now, in golf, he fully supports the new LIV league financially.

Given the political, social and legal stakes, to name a few, and the damning reports targeting Saudi Arabia, experts believe that the country is applying the sports whitening theory, known as sportwashing.

By flooding the sports market with money, Saudi Arabia's Public Investment Fund is seeking to restore its image. An image tarnished by flouted human rights, the war in Yemen and the assassination of journalist Jamal Khashoggi. Among others.

Nazi Germany had borrowed the same strategy by hosting the 1936 Olympics. Russia also in 2014 during the Sochi Games and in 2018 during the Soccer World Cup. And China did the same at the Games in Beijing last winter. A common point brings together these hosts of planetary sporting events: totalitarianism.

The new dissident league is therefore not unanimous for all of these reasons. Hard to worry about the ball.

Accused of pocketing dirty money, golfers have come under fire from critics and attacks from fans, both on the course and online. One of them, Graeme McDowell, has received serious threats.

Those who have chosen to desert the PGA and DP World Tour (European circuit) are banished…for now. Legal investigations are also under way in the United States to find out if the PGA Tour respects antitrust laws.

A hungry wolf has truly entered the fold. Nothing indicates that he is close to leaving. In fact, he adapts his strategies and attacks.