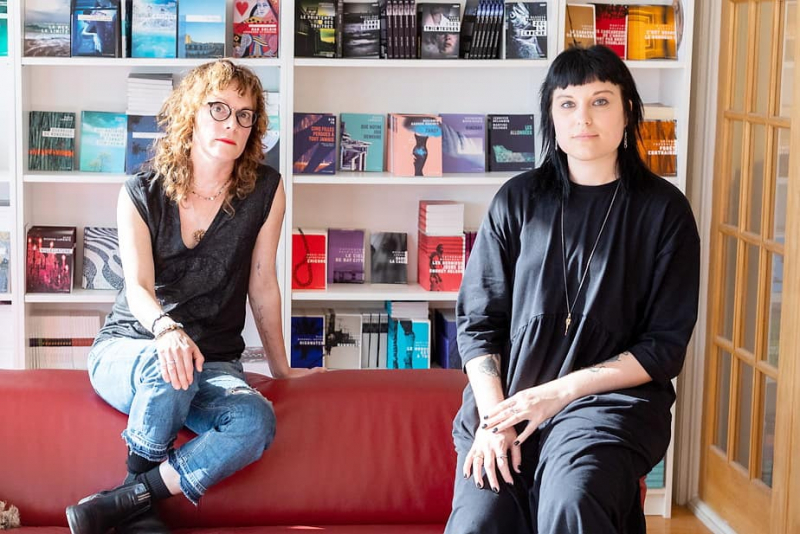 Both suffering from chronic pain, Jennifer Bélanger and Martine Delvaux are part of a line of reclining women. They chose to write a literary essay in this position that they know intimately: that of a woman lying on a couch, on a bed or on a stretcher, and waiting.

Surrounded by other women who suffer from the same problem – writers, artists, friends, mothers, caregivers – they pay homage to life on the horizontal . The one experienced by the injured, the insomniacs, the sore, the survivors, the dreamers.

Society wanted to turn these suffering women into liars, hysterics, madmen, plaintives. They debunk a myth: a person is bedridden because they are lazy or complain about nothing. What if it was time to resist, to raise your voice? And if there was another way to see it?

Martine Delvaux, in an interview, explains that she has suffered from chronic back pain since around 2012.

“I had an accident that caused herniated discs, but it gave pain that wouldn't go away. They diagnosed what they call disc degeneration, which makes my back look older than the rest of my body. I'm in pain all the time. There are crises, where it is worse, but I am never without pain. »

Seizures mean that she can be bedridden.

“The longest I've had is six weeks. But here, I just went through three weeks and it's not over yet. It's a lot of time lying down… and I work a lot lying down. I have an electric table that goes up and down, I have a way of working to try to get past the pain. »

Martine Delvaux explains that Jennifer Bélanger, with whom she is teaming up for this book, is younger than her, but she suffers from migraines and chronic fatigue. She never got a diagnosis.

“Not one doctor has come to understand what is happening to him. So she, too, is taxing her life. She has written a master's thesis and is writing a doctoral thesis on the issue of pain and illness. »

From that, they thought of writing on the faces of the reclining women.

« The starting point was to think of all these women, like Frida Kahlo, the odalisques, all those images of women you see on recamiers in paintings from the end of the 19th century. All those women we see lying down. »

Martine Delvaux finds that society is full of prejudices against people who suffer from chronic pain.

“What fascinates me is the fact that pain is inextricable. You try to talk to someone about your pain: the person can't understand it.

“It's really difficult, hence the doctors' questionnaires and the scales from 1 to 10 to know where is the pain. Is it a pain that stings, burns, scratches? Language is limited: we cannot make the person in front of us understand that we are in pain. »