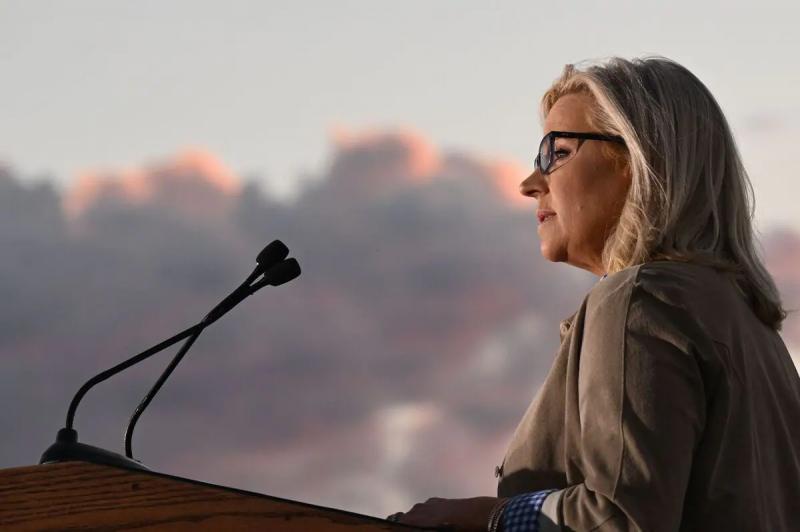 Very often associated with a controversial father, Dick Cheney's eldest daughter has stood out thanks to her personal qualities. There is little, Liz Cheney shone within the succession of the Republican Party. Yesterday, however, she paid dearly for her opposition to Donald Trump.

The one who stands out in the commission responsible for shedding light on the January 6 assault lost the Republican primaries at the hands of Harriet Hageman, supported by Trump.

The campaign rhetoric has been heated, a reflection of the current political climate, but also an indicator of the reversal of fortune within the party since the advent of the Trump phenomenon.

Hageman was full of praise for Liz Cheney during the 2016 campaign. The one she now demonizes was her friend, a politician whose knowledge, courage and conservative values.

Opposed to abortion, staunch supporter of gun owners, resistant to same-sex marriage (her sister is lesbian and married), hostile to the accelerated regularization of the status of undocumented immigrants and fervent critic of Obamacare which it wishes to be repealed. A 100% Republican pedigree.

That was before, before Trumpism took hold of the soul of the party, condemning those who refuse to abandon their principles and respect for institutions rather than venerate the lies and the inanities of logorrhea of the 45th president.

Despite the defeat, Liz Cheney will be present in 2022 and perhaps even until 2024. First of all, she has every intention of completing her mandate in in the commission investigating Jan. 6, 2021. Additionally, a campaign video featuring Dick Cheney makes it seem like Liz is possibly aiming for more than a House of Representatives seat.

Audiences as a springboard for 2024?

If you have observed Cheney's work during the hearings, you have no doubt noticed the meticulousness, rigor and surgical precision with which she leads the charge. Intelligent and a very good communicator, she is a head above the other members of the commission.

If in the short term her collaboration within the commission costs her her seat, she also knows that the public hearings provide an extraordinary platform. It is likely that she will be sanctioned in her riding, but that her popularity rating will rise elsewhere in the country. It may also appeal to some more conservative Democrats who are disappointed with the grip of the progressives on their party.

Two years is an eternity in the political universe. No one knows what will become of Trump as the noose of justice is closing in on him. Very clever who can predict what party members and voters will do if Donald Trump is dismissed, but if so, I would bet that Liz Cheney will be in the running for the 2024 presidential election.