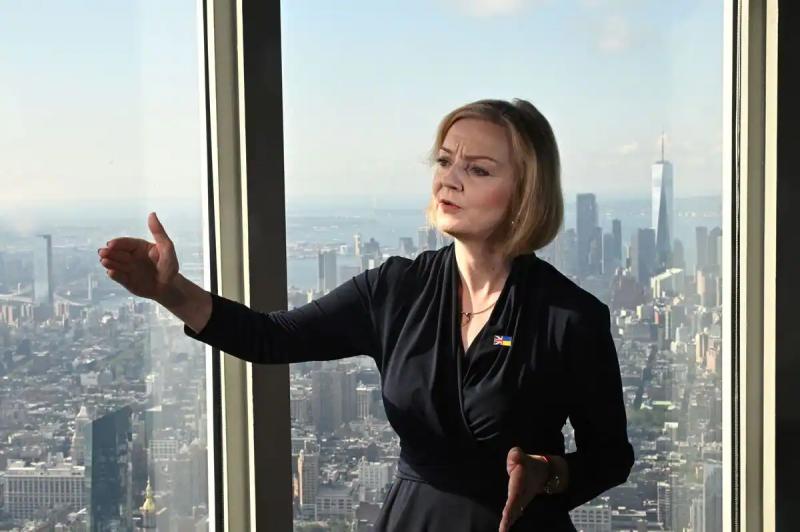 New British Prime Minister Liz Truss will urge UN members on Wednesday to 'stand up for freedom and democracy', amid escalating war in Ukraine, in her first policy speech as head of government.

She was also to affirm the UK's “total” commitment and call for a broad liberal economic plan – a kind of “economic NATO”.

“This is a watershed moment in British history, in the history of this organization and in the history of freedom,” she was to declare according to Downing Street, hours after Russian President Vladimir Putin announced the mobilization of hundreds of thousands of Russians to fight in Ukraine.

“The story of 2022 could have been that of an authoritarian state driving its tanks over the border of a peaceful and enslaving neighbor his people”, should she continue. “Instead, it is the story of freedom standing up for itself.”

The United Kingdom's commitment to this will be “total”, “together with our friends and allies around the world, we will continue to defend freedom, sovereignty and democracy”, she should add.

Ms. Truss arrived Monday evening in New York for the UN General Assembly, a key passage for the one who has been Prime Minister for only two weeks. The death of Queen Elizabeth, two days after taking office, and the ensuing national mourning all but froze her debut.

Ms Truss will also plead for a vast liberal economic plan – a sort of “economic NATO” – based on tax cuts, an approach rejected by US President Joe Biden even before their bilateral meeting.

< p>Liz Truss wants a 'more competitive' economy, 'that attracts growth by rewarding innovation, championing investment and enterprise'. “We want people to keep a lot of the money they make,” she is expected to declare. wealth descending to the most modest).

“It never worked out,” he tweeted ahead of a bilateral with Ms. Truss during the day.

These statements come as the Prime Minister faces growing discontent in the UK over soaring prices, particularly in energy. His government will present an emergency budget on Friday. Ms. Truss has already indicated that some ads may not be popular.