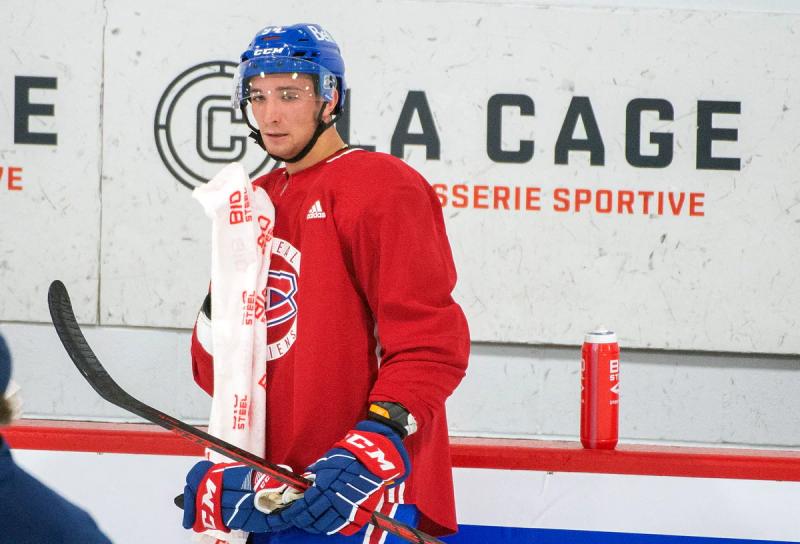 For the first time since being selected in the first round of the 2021 amateur auction by the Montreal Canadiens, defender Logan Mailloux spoke with journalists during a press briefing held Tuesday in Brossard , on the sidelines of the team development camp.

The story of the 19-year-old hockey player is known and has been widely publicized, with many observers criticizing the Habs' decision to draft him despite the recommendations of the player concerned himself not to proceed in this direction. He found himself at the center of many debates in the media and social networks, he who shared without his consent photos of a young woman with whom he had sex in Sweden. The one who had to face justice in this country and then serve a suspension in the Ontario Junior League, now says he has learned from his mistakes and is ready to look forward, not back.

“If I could, I would change everything I've done, that's 100% sure,” he said. I have really changed as a person and as a human being over the past year. I learned a lot. I was not educated enough and there, I think I am. […] The education I received is incredible. I matured very quickly. I was starting from a long way.”

“I stand by what I said [concerning his draft] at that time: I did not deserve this right, but I was and still am grateful and humble to get this chance from the organization. […] I want to become a Montreal Canadiens player one day,” he also said.

Since his arrival in the blue-white-red fold, the Ontario back has been at the heart of turmoil. While National League commissioner Gary Bettman said he was “stunned” by the prospect's selection, club owner Geoff Molson admitted his own lack of judgment in the matter.

Aware that the presence of Mailloux in his ranks did not please everyone, the Canadian had reacted last summer by creating the action plan “Respect and consent” whose starting fund was $ 1 million. This initiative aims to contribute to raising awareness and the fight against sexual cyberviolence.

Also, it seems that the Montreal organization has not deviated from its plan since that time. Mailloux followed therapy during the last junior season, but that did not prevent the Canadian from holding a seminar for the participants of his current camp. Thus, they were entitled to training from the Respect Group on, in particular, consent, intimidation, abuse and discrimination, in the presence of the company's founder, former player Sheldon Kennedy, and a few speakers.

Nevertheless, he has the benefit of the doubt from the team, until 'Proof to the contrary.

“If we judged that he had not done the necessary work, he would not be here today”, thus issued Rob Ramage, director of player development from CH.