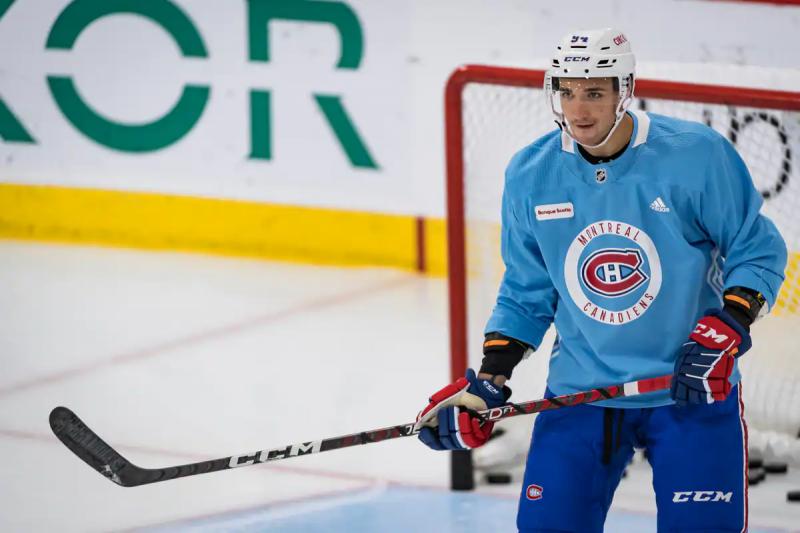 Young Montreal Canadiens defenseman Logan Mailloux trained with the organization's other prospects on Tuesday, but with a no-contact jersey.

The first-round pick (31st overall) in the 2021 draft was unable to make it to the rookie tournament in Buffalo last week. Mark Hunter, the general manager of the London Knights – Mailloux's junior team in the Ontario League (OHL) – mentioned in early September that the guard was not fully recovered from a back injury. shoulder suffered in the spring.

Mailloux hasn't tasted action since he injured his shoulder during a fight on March 6th. In 12 games before being sidelined, the Belle River native scored three goals and provided six assists, for nine points.

Recall that Mailloux had been suspended for a good part of the 2021-2022 season after finding himself at the center of numerous debates in the media and social networks. He shared photos of a young woman he had sex with in Sweden without his consent. The CH has also been criticized for having drafted the skater, despite its own recommendations not to proceed in this direction.