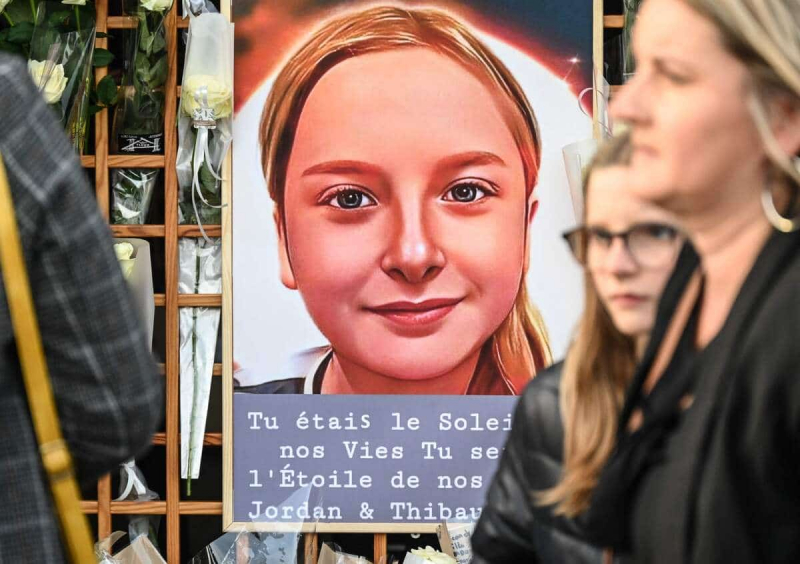 The murder of Lola in France, of a rare atrocity, caused the appearance of opportunities for all the specters of the political sphere. The echo of this affair in Quebec, between its treatment as international news and the comments of Quebecers settled there, highlights the phenomenon of political recovery of news items.

Lola, assaulted and asphyxiated, was found inside a trunk in the courtyard of her building in Paris on October 14. The main suspect in the crime is a 24-year-old Algerian, Dahbia B., who was arrested, charged with rape and placed in pre-trial detention, in solitary confinement, in Fresnes prison, located in the southern suburbs of Paris.

Despite this, the emotion does not go down. Neither does the controversy.

The right and the extreme right use the nationality of the murderer, as well as the non-implementation of an order to leave the territory addressed to her, to make political gains.

Murder of Lola: Bruno Retailleau announces that he will table a bill to be able to make the State civilly liable "for non-assistance to French in danger" pic.twitter.com/28fFs0qU3l

At the same time, they make the government partly responsible for the fact of “the laxity of its migration policy”, “a lack of execution of justice”, because the alleged murderer of Lola “had nothing to do here”.

The left, meanwhile, has instead sided with Emmanuel Macron's government, denouncing a “filthy political takeover” by the right and the far right.

🔴Murder of #Lola: is there political recovery?
@Portes_Thomas #Nupes "Yes there is a recovery! the far right and Eric #Zemmour activists are calling for protest and organizing petitions. This is excruciating, there is a time of mourning" pic.twitter.com/gSu6aqAi6h

🔴🗣️ #Lola: "In this terrible and moving drama that affects all of France, we saw the birth" 'scavenger farms' but "in the Republic, it is up to justice to do its job and justice will pass" : @olivierveran to @agindre in #LesMatinsLCI. pic.twitter.com/FvAep4Ou6q

As for many extreme groups, even neo-Nazis, for some having links with the party of Éric Zemmour, Reconquête!, the latter have multiplied the demonstrations affiliating the immigrants and foreigners to murderers.

“Immigrant murderer” is the slogan of the far-right militias in the streets of Lyon this evening. Great vigilance please, do not go out alone! pic.twitter.com/EcSwLnjlW3

They are also not shy about insulting the victim's family when the latter pleaded for their mourning period to be respected.

Don't expect too much respect from them pic.twitter.com/lUb4Ur5NBr

These kinds of events and the strength of the controversy they provoke, certainly in a society more politically tribal than ours, raise the question: are we immune to these opportunity effects?

For Catherine Côté, associate professor at the School of Applied Politics at the University of Sherbrooke, “reusing this kind of event for constructive purposes is still useful”.

“It's good that we go back to this kind of event if it's to allow ourselves to learn from mistakes so as not to repeat them. Individuals will always be more receptive to criticism after the fact when it improves the system,” she explains.

She adds that “however, when recovery can be done by certain oppositions to advance his platform and hurt opponents, that is where the problem lies”.

Because it is true that Quebec is not immune to this type of phenomenon either. Commentator Steve E. Fortin had put forward a “disappointing political recovery” when speaking of the comments following the attack on the Quebec mosque.

Indeed, following this act of terror, Québec solidaire and the Liberal Party of Québec supported the proposal of the National Council of Muslims of Canada (CNMC), controversial advice for many commentators such as Frédéric Bastien, to establish a day against Islamophobia.

The professor adds that “taking advantage of a major stake to sneak in and advance your pawns, that's where the problem lies”.

“It diminishes the quality of the debate and the answers it could provide,” she explains.

Closer to home, the many shootings that rock the greater Montreal area constitute a new reservoir of events that politicians can use.

Dominique Anglade could be accused this summer of seeking politicization at excess. Commentator Luc Lavoie argued that it was more of a file that should not be politicized.

“This is a file where you have to put the competent people in charge, and a file where things must be settled, not by one-upmanship,” he believes.

Catherine Côté concludes that due consideration must be given at all times to help the viewer , like the commentator, to understand these current events.

The most important thing is always the use of words and labels. Above all, you have to know how to choose them well when dealing with these events.

Meanwhile in France, the 'Lola' controversy continues to swell as even now entertainment hosts are offering solutions some say violate the rule of law.