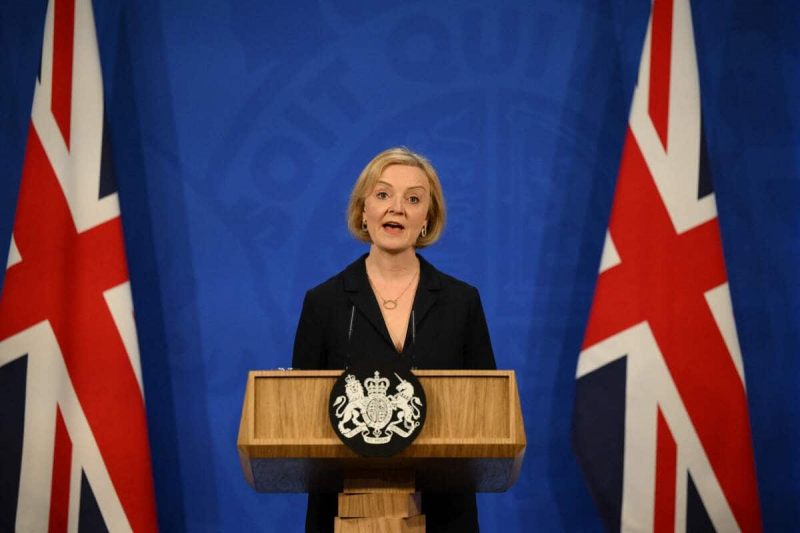 New UK Finance Minister Jeremy Hunt will unveil some measures of his medium-term budget plan, scheduled for October 31, on Monday, trying to reassure markets plunged into turmoil since previous government announcements of Liz Truss, whose political survival is at stake.

The new Chancellor of the Exchequer, appointed on Friday, will also “make a statement to the House of Commons” on Monday after midday, according to a statement from the British Treasury.

These decisions follow “statements by the Prime Minister on Friday and discussions between (her) and the Chancellor this weekend to ensure that sustainable public finances over the long term support economic growth”, according to this press release.

Jeremy Hunt “will then present the medium-term budgetary plan and economic forecasts” of the independent public observatory of public finances OBR on October 31, as planned.

In order also to reassure investors on a coordination of the monetary and budgetary policies of the United Kingdom, which showed opposite directions, “the Chancellor met the governor of the Bank of England” and the head of the office of debt management on Sunday evening to “keep them informed of these plans”, according to the press release.

Markets have been in turmoil since the budgetary measures of the previous finance minister Kwasi Kwarteng, sacked on Friday by Liz Truss.

On a colossal and unfunded scale, with massive support for energy bills and large tax cuts favoring the wealthiest in particular, these measures had caused the pound to fall, the cost of government debt to soar and, by extension, borrowing rates for households and businesses.

The soaring bond rates, which move in the opposite direction to the value of these securities, had weakened the pension funds, which hold a substantial share.

The Bank of England had to intervene to prevent the situation from deteriorating into a financial crisis, and on September 28 launched an emergency program to buy back long-term British debt securities.

It confirmed Monday in a press release that this program had been closed as planned on Friday.

“As was their objective, these operations have enabled a significant improvement in the resilience of the sector”, welcomed the institution currency in its press release.

Close to Rishi Sunak, Boris Johnson's ex-finance minister and opponent of Liz Truss in recent months in the campaign for Downing Street, Jeremy Hunt said this weekend that he should take “difficult” measures, with tax increases and spending cuts in all ministries.

He thus announces a radical change of course compared to what Liz Truss and Kwasi Kwarteng had announced, who were betting above all on the growth, at the risk of derailing public finances.

Their plan had led the rating agencies to lower the outlook for British debt and the International Monetary Fund (IMF) to urge London to rectify the situation.

The IMF also asked to give their violins to the British government and the Bank of England, which was trying as a priority to curb inflation at almost 10% in the United Kingdom.

The Governor of the Bank of England, Andrew Bailey, on Saturday welcomed the “con immediate and clear convergence of views” between the central bank and the new Chancellor. A satisfaction that confirms the ascendancy that Jeremy Hunt seems to have over Mrs. Truss, weakened after only 40 days in power.