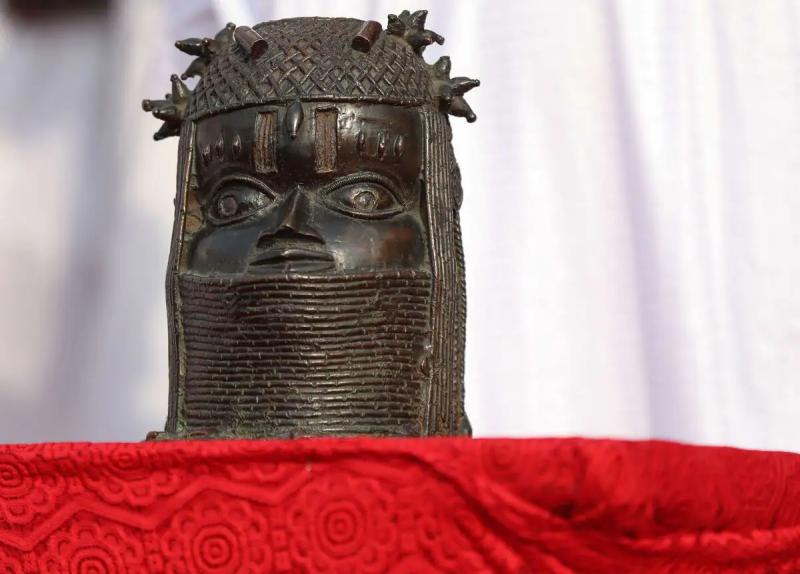 Seventy-two artefacts looted in 1897 during a British military incursion into Benin City are to be returned to Nigeria, the Horniman Museum in London announced on Sunday.

Among these works and objects are 12 brass plates, known as Benin bronzes, or ceremonial objects in ivory and brass, objects of daily life such as fans and baskets, as well as a “king’s palace” key.

This restitution responds to a request made in January by the National Commission of Museums and Monuments of Nigeria, whose director general, Professor Abba Tijani, welcomed the decision of the London establishment.

“The evidence were very clear that these objects were obtained by force, and an external consultation confirmed our view that it was both moral and appropriate to return their property to Nigeria,” said Eve Salomon, President museum administrators.

He will now discuss with the Nigerian commission the formal process of transfer of ownership and the possibility that some objects may remain on loan, for display or for research or teaching purposes.

Nigeria has negotiated the return of the Benin Bronzes with several European countries and plans to build a museum in Benin City, southern Edo State , to collect them there.

In November, France returned to Benin, a country neighboring Nigeria, 26 works from the royal treasures of Abomey (south), looted in 1892 by French colonial troops.< /p>

A bronze rooster and a monarch's head were returned by the United Kingdom to Nigeria earlier this year.

In addition, Greece is also claiming from the United Kingdom for decades the friezes of the famous ancient temple of the Parthenon in Athens, exhibited in the British Museum in London. He recently said he was open to an agreement with Greece to share them.