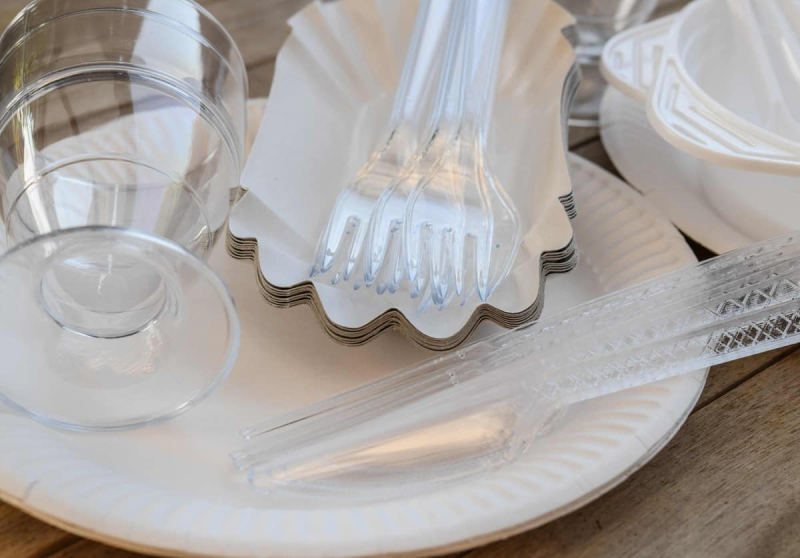 London will ban single-use plastic tableware in England from October 2023 to protect the oceans from plastic pollution, the Department for the Environment and Agriculture said on Saturday (Defra).

Single-use plastic plates, cutlery, bowls and trays as well as certain types of polystyrene cups or packaging will also be prohibited, particularly in distributors, restaurants, hotels and in the sale of take-out food

< p>These measures were taken following a public consultation from which emerged a strong desire to eliminate these utensils from the market.

According to Defra, England uses 2, 7 billion single-use cutlery per year, while only 10% is recycled.

Businesses that violate the ban will be fined, and for repeat violations, a criminal penalty may apply.

“I am proud of our efforts” to limit pollution plastic and protect the oceans”, welcomed the Minister of the Environment, Therese Coffey, citing the ban already implemented on “microbeads, straws, stirrers and cotton swabs” made of plastic.

< p>She added that charging for plastic bags has caused their sales to drop by 97% in major supermarkets.

The ban will not apply, however, to plates, trays and bowls used as packaging in “self-service pre-packaged meals and foods”.

The government is considering further measures aimed at wipes, coffee filters and sachets.

Environmental NGO Greenpeace welcomed the banning of “certain items” made of plastic but said “we are inundated with plastic and this decision amounts to take a mop instead of going to turn off the tap”.

In a press release, it is added that “we need the government to adopt a significant plastics reduction strategy with targets and systems for reuse containers.

“It's time to stop playing into the hands of lobbyists, promoting false solutions, and dumping our plastic waste in countries that are least responsible for the climate crisis we insist.

Plastic dish utensils single-use are already banned in the EU since July 2021.