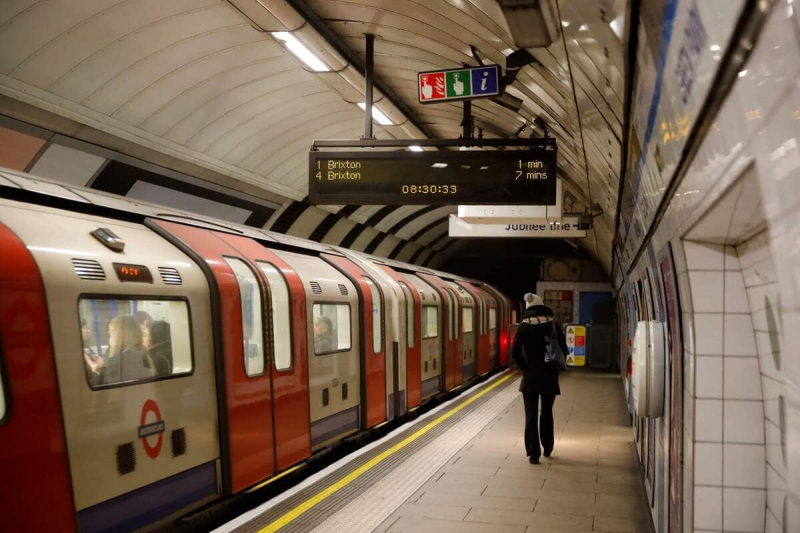 Millions of people were affected by another strike on the London Underground on Thursday, with unions opposing cost cuts at public operator TfL, as social movements swell are intensifying in Europe in the face of inflation.

The oldest metro in the world was almost completely paralyzed on Thursday morning, with most lines completely at a standstill and a few with a very reduced service.

Only the very young Elizabeth Line, inaugurated last May and partially automated, was operating almost normally, with only a few stations closed in the heart of the capital.

The London Underground normally carries up to 5 million passengers a day, but has been rocked by several strikes in recent months.

While some Londoners have opted for teleworking, the practice of which is has been widely distributed since the Covid-19 pandemic, many have fallen back on the bike, the car but also the buses, crowded on Thursday.

In the northeast of the capital, at Blackhorse Road station on the Victoria line, users arrived in a hurry, then stopped dead in front of the signs and ribbons barring the entrance to the platforms, before plunging into their phones. laptop, tapping nervously to try to find alternate routes.

Daniel Osei, 26, who works in a school in the Fulham district, supports the strike in principle but believes that “there have really been a lot of strikes” since the spring. “It seems that it does not have as much impact on the government” and the budget it allocates to TfL (Transport for London) “as on the users”, he notes.

Pema Monaghan, a 28-year-old writer, says she supports the strikers, even if her travels for the day will be complicated: “they defend their conditions of work and their pay. We are all worried about our pay” given the inflation of more than 10% in the United Kingdom, she says.

Further west of the city, at Kentish Town station on the Northern line, Nicco Hogg, 36, and transport controller was in the middle of an interminable journey: “the strike adds 90 minutes to my journey” which will take about three hours to reach his place of work.

“I took the car, the train and now I have to pedal”, he lists, his bicycle in hand.

The national union RMT (Rail, Maritime and Transport), which called for a strike, is opposed in particular to the elimination of 600 jobs in metro stations and to a project by TfL to modify its financing of the retirement pensions of agents, according to a press release.

Weighed down by the pandemic, TfL concluded a financing agreement with the government at the end of August, which does not however meet the needs of the public operator.

“ These attacks (of the statute of the employees) are deeply unjust and completely useless”, estimates the union, which affirms to have made proposals to suspend the strike which were rejected by TfL.

– record inflation in Europe – According to Sharon Graham, general secretary of the Unite union, who also called for the strike, “TfL is unnecessarily attacking our members' pensions and wages, which Unite simply cannot accept”, said – she said in a press release.

“No proposal to change the pension system or the conditions have been made”, assured Glynn Barton, a TfL official, in a statement on Tuesday after the failure of negotiations with the unions.

This strike also comes at a time when the United Kingdom is experiencing a proliferation of social movements in a context of record inflation and a crisis in the cost of living.

On Wednesday, nurses voted for an unprecedented national strike to demand better wages.

The same demands agitate other European countries, also crossed by social movements, like Paris, where the metro is also very disrupted Thursday by a strike at the a appeal to all unions demanding wage increases.