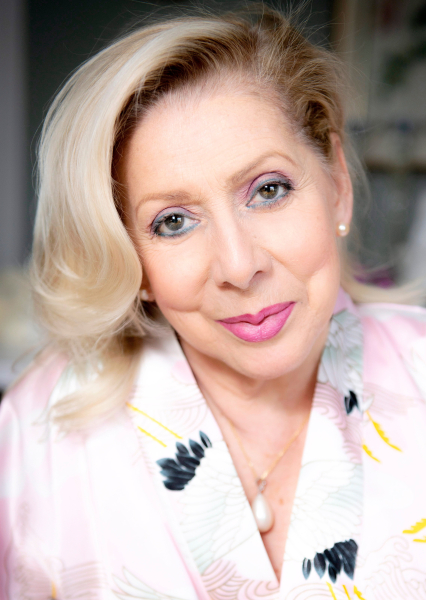 Monday evening, in Montreal, I experienced a moment of pure beauty. I was dazzled, nailed to my chair.

I attended the St-Denis Theater at the show La nuit de la déprime, a magnificent and touching evening -benefit for the Ronald-Denis Foundation, hosted by Christian Bégin.

And when Patsy Gallant appeared on stage to sing Lady Gaga's hit Shallow, I was completely blown away.

I don't know no singer under the age of 30 who is able, at this moment in Quebec, to match the vocal power, the charisma, the stage presence, the confidence, and let's say it, the sensuality of Patsy Gallant.

Ah yes, by the way… Patsy Gallant is 74 years old.

Patsy Gallant arrived on stage in a silk evening dress, with a necklace around her neck reminiscent of the one Lady Gaga wore at the Oscars, when she sang Shallow with Bradley Cooper.

Lady Patsy sang giving it all she had, like there was no tomorrow. She delivered a stunning performance. She felt right at home on stage.

I listened to Patsy sing and thought how much we should see more people born in the last century on our stages and on our screens. < /p>

I'm sure that , like me, you were touched by the performance, imperfect and awkward, but so felt, of Claude Paquin at La Voix, Sunday evening.

This 70-year-old former paramedic had a difficult journey (drugs, drink, stay at the Jean Lapointe house) which scratched his face and marked his voice.

When he sang I left my island, by Daniel Lavoie, we felt his resilience and perseverance. And how moving it was to see his loved ones behind the scenes, encouraging him by whispering the words!

None of the coaches turned around, not even Marjo (who will be 70 this summer) .

But I think Corneille was absolutely right when he said that “it's not a failure, but a victory”. Indeed: just the fact that Claude, who “comes from afar”, is seen on TV on a Sunday evening by hundreds of thousands of Quebecers, is a victory. For him… and for those over 70.

The older ones may remember the song Quarantineby Philippe Clay: “If we had quarantined/All men aged forty/Humanity would hardly be there/In the Middle Ages and for a long time/Louis Pasteur would not have discovered/His vaccine at sixty-three years old/Victor Hugo would not have written/Les Misérables at sixty”.

Clay asked that we no longer quarantine people over 40…

Patsy Gallant is a professional. Claude Paquin is an amateur. But what they have in common, apart from their age, is their “experience”.

The weight of the years, the ups and downs of life, that's also what makes a man or a woman sing with their heart.

In his song After shave, Jean-Pierre Ferland told how much his life experiences were reflected in his voice : “Listen to the voice /I had adventures, hard and sweet/Which stayed with me…”…

I am ready, anytime, to listen to more Patsy and more Claude.