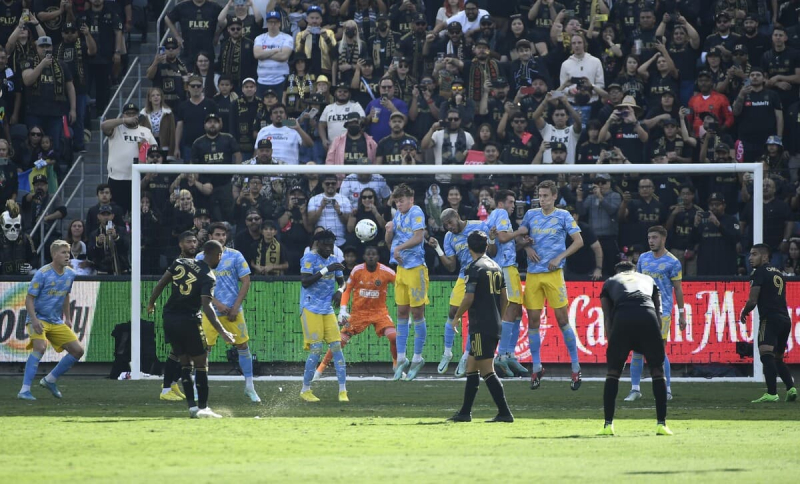 A turnaround didn't wait for the other in the MLS Cup final on Saturday at Banc of California Stadium, and Los Angeles FC (LAFC) had the last laugh in a shootout against at the Philadelphia Union.

In the post-overtime session, crowd-favorite goaltender John McCarthy himself blocked two of the three opposing attempts, in addition to to see the other go well over the net.

For their part, the LAFC shooters found the back of the net three times in four tries thanks to Denis Bouanga, Ryan Hollingshead and to Ilie Sánchez.

The home side, however, needed a small miracle to get to the penalty shootout. Short of a man, after a red card awarded to Quebec goalkeeper Maxime Crépeau, the Californian team saw that of Pennsylvania take the lead 3-2 thanks to Jack Elliott, in stoppage time in the second overtime period. However, designated player Gareth Bale, who came on in the 97th minute, had not said his last word. He sowed hysteria in his team's stadium by deftly redirecting a header from Diego Palacios behind goalkeeper Andre Blake.

The visitors themselves needed a small miracle to force extra time. The match was still 1-1 in the dying minutes of regulation time, thanks to goals from Kellyn Acosta (LAFC) and Dániel Gazdag (Union) in the 27th and 59th minutes respectively. Jesús Murillo, in the 83rd minute, seemed to have scored the goal that would make the difference, but two minutes later Elliott brought both teams back to square one, with his first goal of the match.

LAFC's starting goaltender for this game, Maxime Crépeau sacrificed everything, literally, to keep his team in the game.

In the 116th minute, in the second period of overtime, the Quebecer saw Cory Burke come alone in front of him. In a desperate attempt to keep his net empty, he threw himself into the opposing striker's legs, depriving him of a certain net, while picking up a red card.

Crépeau however did not leave the match by his own means, he who was seriously injured on the sequence. A cover of the sequence has never been broadcast because of its seriousness. Crépeau even had to be transported on a stretcher to the applause of the crowd, and everything seems to indicate that this injury will prevent him from participating in the next World Cup, which will begin at the end of November in Qatar.