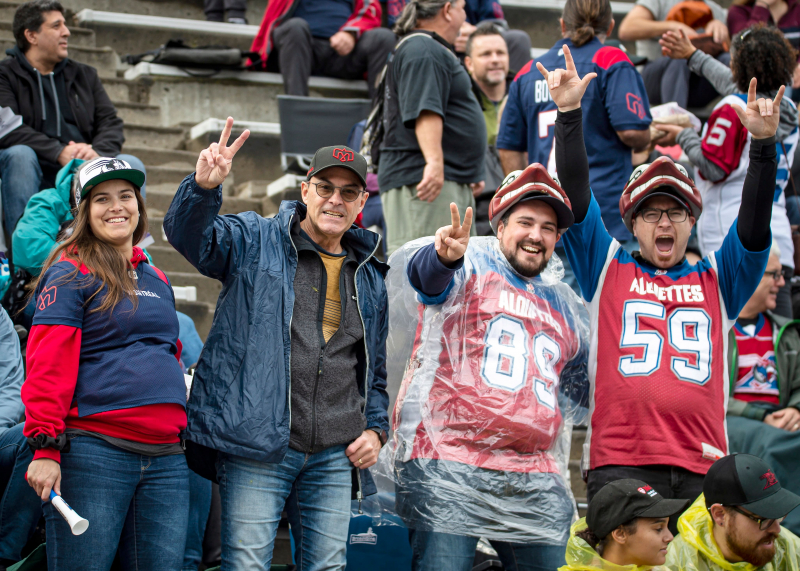 &nbsp ;The dynamic Julia Lapointe, who took cheerleading lessons during the summer, was happy to meet the cheerleaders of the Alouettes.

Benjamin Girard, Mickael Bujold and Maxime Rocheleau were nervous at the end of the game, which was hotly contested.

Mathieu Lessard and Dominique Bernard and their six children had fun throughout of the game.

These fervent supporters of Mont-Laurier had a pleasant afternoon.

The renowned photographer e Eric Myre attended the match with his children, Gabriel and Elizabeth.

I met the former LCF player, including with the formation of Hamilton, Arnaud Gascon-Nadon as well as 'Éric Duhaime, leader of the Conservative Party of Quebec.

Sylvie Garand was proud to see her son, Félix Garand-Gauthier, former Cégep Lionel Groulx and Rouge et Gold, which wears the colors of the Hamilton Tiger-Cats.