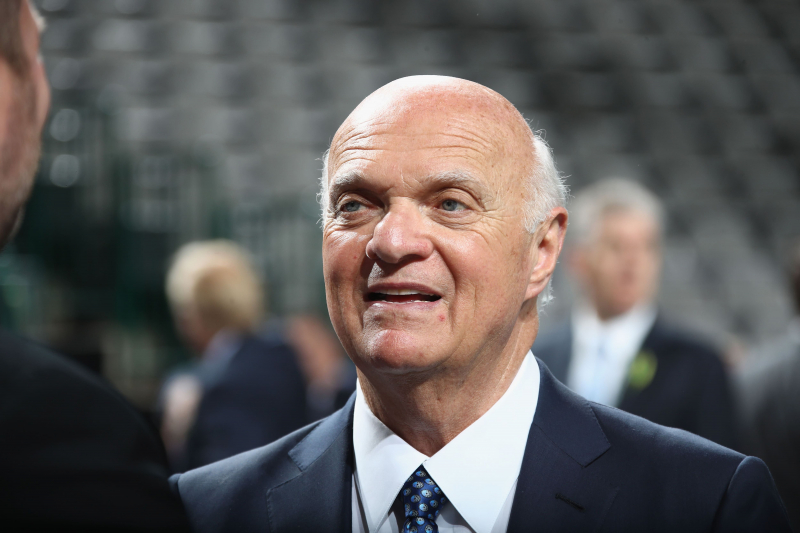 Lou Lamoriello celebrated his 80th birthday on Friday, October 21. He is thus the first general manager in the history of the National Hockey League (NHL) to hold this position during its ninth decade.

Here are some specific facts that make the New York Islanders GM so special, for better or for worse.

Very professional, Lamoriello is known to hate facial hair and long hair. Beyond each person's personality, it was always the team that counted for him and we cannot say that this strategy did not pay off.

By joining the Toronto Maple Leafs in February 2018, Tomas Plekanec had to shave his famous goatee. Kyle Palmieri was another victim of this policy at the Islanders, when he had to get rid of his huge beard. To think that he was able to escape Lamoriello during his six season stint with the New Jersey Devils before that…

Matt Martin's mane and Andrew Ladd's beard also passed there at the “Islands”.

Among the other rules of Lamoriello, there is the one concerning jersey numbers: from 2 to 30 for skaters and classic numbers for goalkeepers (30, 31, 35 and 40). He is however magnanimous towards some of his subjects like Jaromir Jagr (68) and Johnny Boychuk (55), but he must have proven himself.

And he hates number 13 Superstition or not, he had asked Mike Cammalleri to change his bib in 2014. It is almost miraculous to see that Mathew Barzal was able to keep 13 with the Islanders.

Over the years, Lamoriello has often promoted himself to positions when he was dissatisfied with the work of others. It all started when he was hired as president of the Devils in 1987. Without experience in the National Hockey League, he was appointed general manager. Although surprising, the move ultimately proved to be a wise one, as he led the team to decades of success and three Stanley Cups.

But that's not all. In 2005, he became interim head coach to quickly replace Larry Robinson, who had left his post. In 2014, Lamoriello also proclaimed himself co-head coach of the Devils along with Scott Stevens and Adam Oates, the day after Peter DeBoer was fired.

No one's job is safe in the presence of the octogenarian. A week after joining the Islanders as president in May 2018, he fired coach Doug Weight and general manager Garth Snow, before appointing himself GM…

Housekeeping spring, as they say.

In addition to the job losses mentioned above, Lamoriello reserved one of his surprise decisions for Claude Julien. Not wishing to remain behind the bench after Robinson's departure, he hired the Franco-Ontarian to finally dismiss him with three games to play in the 2006-2007 season.

He judged that the former Montreal Canadiens coach didn't have what it took to lead the Devils far in the playoffs, even though the team was second in the Eastern Conference.

Barely achieving in explaining his reasoning at the time, he said he did it for the good of the team and the fans. The Devils finally reached the second round of the playoffs, like the previous year.

This bold strategy by Lamoriello had paid off before. The Hall of Famer had replaced Robbie Ftorek with Robinson with eight games left in 1999-2000 and New Jersey still won the Stanley Cup.