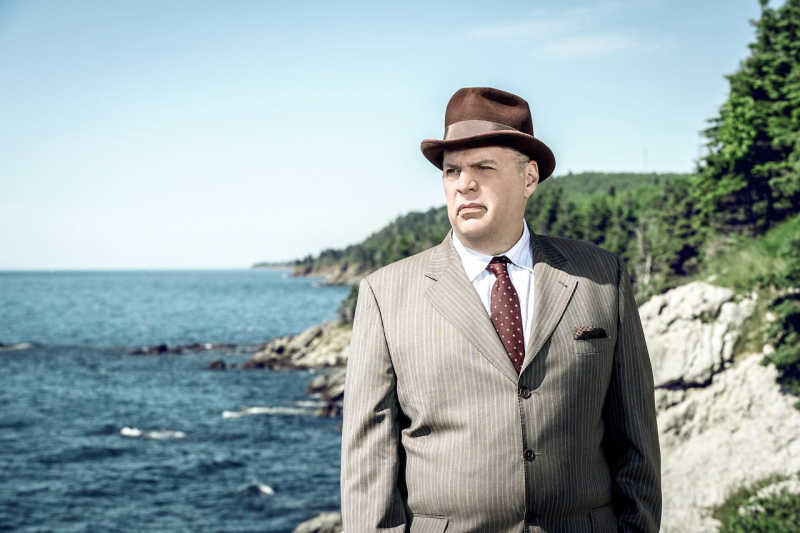 Although he preferred the park to television, Louis Champagne let himself be won over by certain events that have become unavoidable at home. It vibrated during fights in the ring or during different shows. And he still remembers those precious moments very well.

Louis, what was the TV show that marked your youth the most?

During my youth, I sang in church and during the sermon, we went to the presbytery to listen to the Sunday fight with my gods: Maurice “Mad Dog” Vachon, Abdullah the Butcher, the Rougeau brothers and Dino Bravo. It was a real sin to eat fudge.

What are your fondest childhood TV memories?

Sitting by on the ground, in front of the 12-inch black and white TV, we were listening to Les beaux dimanches. Thanks to major concerts and TV theatre, my sisters and I developed an artistic flair.

Not really, actually. Let's just say iPads didn't exist and our little TV wasn't too appealing. So we preferred to play in the park. But Bagatelle, Candy and Little House on the Prairie, we didn't miss that.

Y is there a character that influenced you?

Goldorak: the man, the myth, the robot. [The character from the popular Japanese animated series landed in Quebec in 1978 on Télé-Métropole, Ed.]

Is there still a song from a show that you still in mind?

Rock on for the Petit Castor. [It's the story of Little Beaver/The smallest, but the strongest/[…] And once it's launched/Nothing can stop it, Editor's note.]

I would have liked to play in Pop Citrouille or Minibus, and interpret Centour [main character of the show < em>The 100 turns of Centour] would have been the best of the best.

Which universe did you want your children to discover?

That of Sol and Goblet. We listened to these two clowns when my children were younger, but my love at first sight for the two great actors who personified them [respectively Marc Favreau and Luc Durand] will not have seduced mine.

< p>►Louis Champagne has put on his habit as a colony inspector for reality TV The devil's lot: the conquest of the sea < strong>that just started streaming Historia. The Great Adventure is offered on Fridays at 8 p.m. The artist will also be in the distribution of the acclaimed series Nous, the second season of which will land on Club illico on December 8.