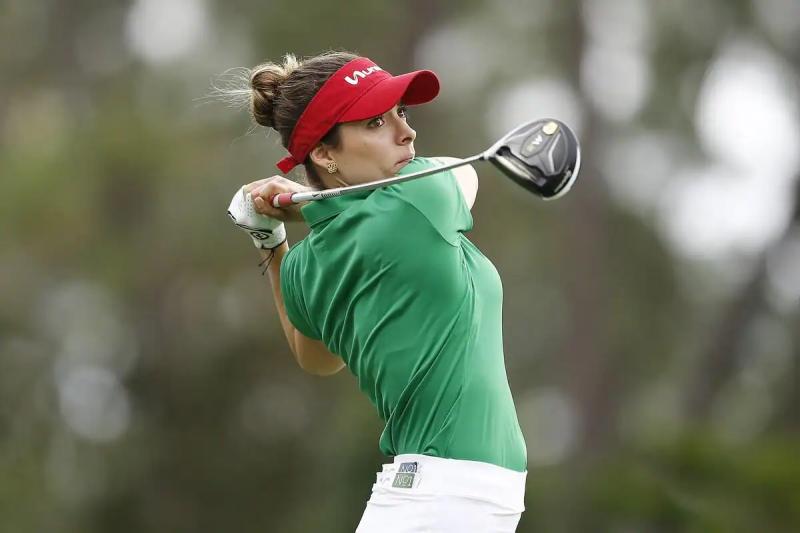 Mexican Gaby Lopez couldn't have hoped for a better day to equal her career-best round of 63 (-8) on Sunday at the LPGA Dana Open in Sylvania , in Ohio, allowed him to get his hands on the victory.

The 28-year-old athlete, who entered the final round four strokes from the lead, had a no- fault of eight birdies. She first stalled three on her first half of the course, before succeeding five in the second half, including three consecutive to conclude her day, from 16th to 18th pennant. Lopez completed the regulation 72 pennants with a cumulative of 266 (-18).

She thus edged American Megan Khang by one stroke. The latter also had her sights set on the title, she who slashed seven strokes from par 71 during her last 18 holes.

For her part, the Canadian Brooke M. Henderson fell two small positions in the last round, even though she was able to take two shots off par. Her cumulative score of 271 (-12), six shots behind the winner, still allowed her to finish tied for 13th place.

Quebecer Maude-Aimée Leblanc, for her part, played her best tournament round, hitting the white object 69 (-2) times. She thus finished with a cumulative 282 (-2), far from the winner, tied for 65th position.

Finally, the third representative of the maple leaf still in contention, Maddie Szeryk, did not was able to do better than a 72nd place, she who concluded the tournament with a cumulative of 285 (+1).