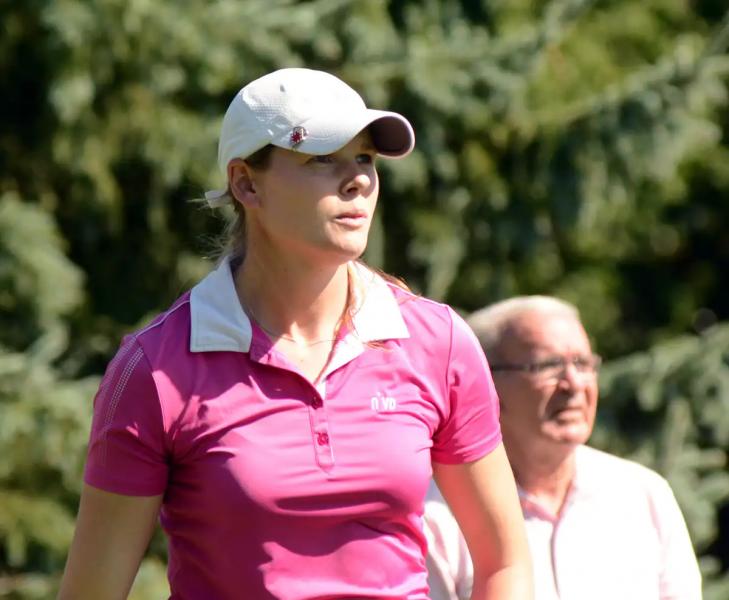 Canadians Maude-Aimée Leblanc and Brooke M. Henderson had a nightmarish first round at the Volunteers of America Classic on Thursday at The Colony, Texas.

The day started off well for Leblanc. After scoring the birdie on the first pennant and respecting par on the next three holes, she showed a completely different face. Struggling to reach the fairway on his tee shots (six for 13), the 33-year-old was unable to overcome his clumsiness on the greens. She committed five bogeys between the fifth and 13th pennants and finished the round with a double bogey.

If Henderson has done slightly better, it is not by virtue of his consistency. The darling of Canadian golf had four birdies, but failed seven times, including two double bogeys.

The day went much better for their compatriot Maddie Szeryk. Author of a round of 67 (-4), she tied for fourth place. Alena Sharp played the par (71) to be in 26th position.

Nick Taylor not far from the lead

On the PGA side, Canadian Nick Taylor clinched a top-10 spot after a round of the Sanderson Farms Championship in Jackson, Mississippi.

The Manitoban had a second half of the day in the mountains Russians to hand over a card of 68 (-4). After stalling four birdies on the front nine, he parried shots at the 14th and 15th flags, but his two bogeys nullified his progress.

If it hadn't been for a bogey at the 18th hole, Taylor would have positioned himself among the first three, a position that seven golfers already share after one day. All will be within reach of Americans Davis Riley and Will Gordon, who dominated Thursday with scores of 66 (-6). The former had a clear day marked by six birdies.

Among the other Canadians in the running, Adam Svensson is only one stroke behind Taylor, in 14th place. Mackenzie Hughes was also able to play under par with a 71 (-1) card.

Michael Gligic (68th, N), Adam Hadwin (88th, +1) and Ben Silverman (88th , +1) are the other maple leaf representatives to participate in this tournament.