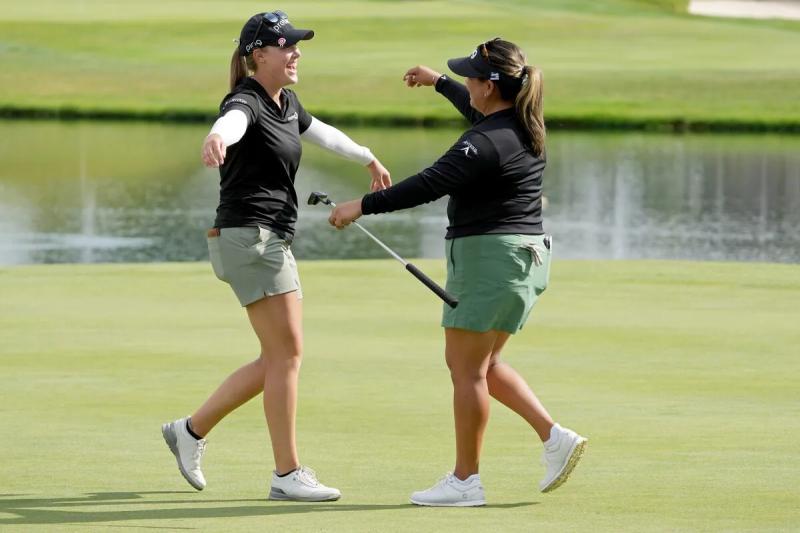 < p>Holding a five-shot lead heading into the final round, the pair representing Uncle Sam's Land took nine shots off par by shooting 61. Kupcho and Salas teamed up for nine birdies and had no bogeys, ending the competition at -26.

Low scores were in the spotlight on Saturday, so Mexico's Maria Fassi and American Stacy Lewis took a card of 59 (-11) to jump from eighth to third place, at -20.

Their Herculean effort was not enough to take second place from the hands of Finland's Matilda Castren and Malaysian Kelly Tan (-21). They notably managed five consecutive birdies between the 10th and 14th pennants to defend the second step of the podium.

The day also went well for the Canadian Alena Sharp and her Australian teammate Sarah Kemp. After a difficult third round (72), they managed to break into the top 10 by taking eight shots off par.

Quebecer Maude-Aimée Leblanc, meanwhile, improved her lot under a round of 63 (-7) with American Sarah Schmelzel, finishing tied for 22nd at -13.

The only other Maple Leaf representative, Maddie Szeryk, had to settle for 36th with his American partner, Kristy McPherson (-6).