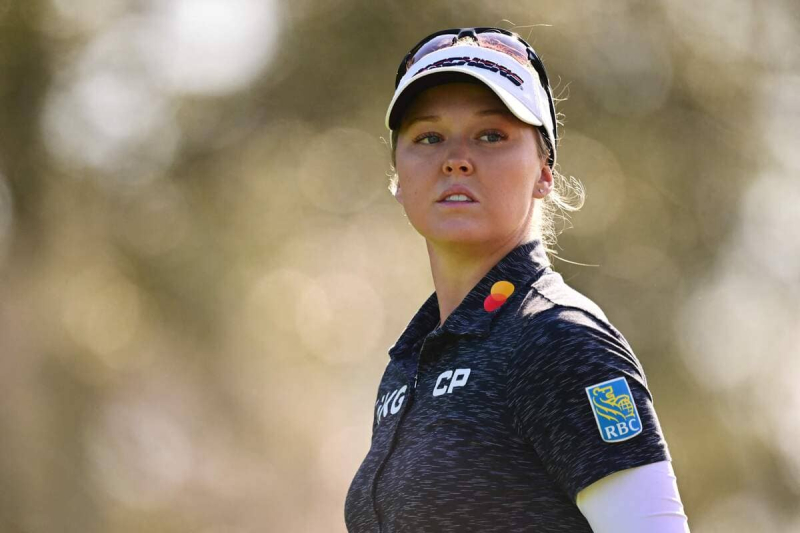 Brooke M. Henderson isn't laughing at the Tournament of Champions, an LPGA event in Orlando, Florida. She presented the best card for a second consecutive day on Friday.

In search of a 13th coronation of her career, the Ontarian dominates the first competition of the 2023 calendar of the professional women's circuit. After taking a slim one-shot lead in the first round by shooting 67 (-5), Henderson did it again by taking six more shots from par.

Her closest pursuer, the American Nelly Korda was unable to keep up with her pace. Having to settle for a card of 69 (-3), the representative of Uncle Sam is now four strikes behind that of the maple leaf.

Henderson had a flawless day, but she mostly excelled on the front nine. Her four consecutive birdies between the second and fifth pennants quickly allowed her to distance her rivals.

“It's probably everyone's goal, to have a great start, commented the point guard, whose words were picked up by the “Toronto Star”. I'm happy to have scored so many birdies in the last two days.”

In addition, the Tournament of Champions includes a pro-am component. Celebrities take part in a competition taking place in parallel with the main event. Legendary golfer Annika Sorenstam, Henderson's Friday playing partner, is among the number.

“[Henderson] played really, really well, praised the 52-year-old Swede, winner of 72 titles on the LPGA Tour. I'm sure she's very happy. I complimented her several times. It was nice to see how well she plays up close.”

As for the PGA, the young American Davis Thompson played with panache for the second round in a row to stay ahead of The American Express tournament, presented in California.

The one who is at his first season on the professional circuit took advantage of the mild weather at the Nicklaus Tournament Course to deliver a card of 64 (-8). He notably managed three eagles, after scoring two on Thursday.

Thompson will however have to be wary of the Spaniard Jon Rahm, author of a second consecutive round of 64 (-8). At -16, the latter is two strokes behind the leader.

South Korean Tom Kim (62) took no less than 10 strokes from par ー a high on Friday ー to complete the podium .