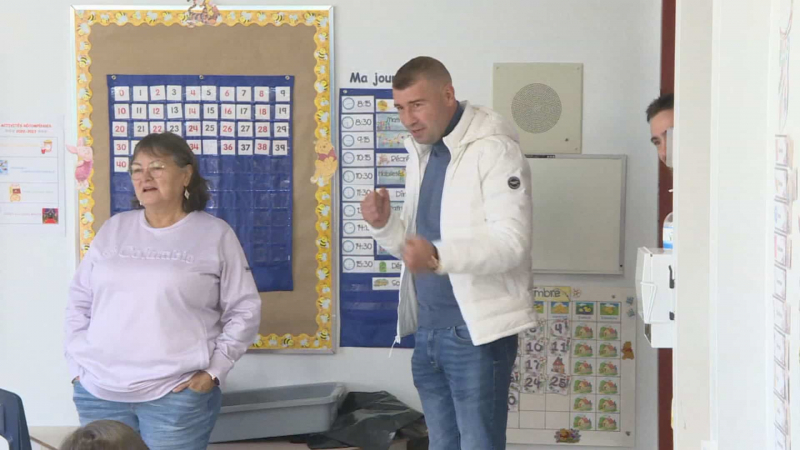 Former world champion Lucian Bute was in Sept-Îles to take part in an amateur boxing gala to collect donations for organizations and a competition team.&nbsp ;

Invited as honorary president for the boxing event, the famous sportsman took the opportunity to visit schools in Sept-Îles and Uashat mak Mani-Utenam.

True to his reputation as a generous and available man, Lucian Bute quickly accepted the invitation sent to him by the organizers of the Kuei Boxanthropy gala.

The evening was jointly organized by the center of Free-Fight 7Î training and Uashat mak Mani-Utenam community services.

The visit of the famous boxer is not limited to a gala since he went to meet young people from the schools of Sept- Islands and Uashat to talk about physical activity, perseverance and discipline.

Among the 20 amateur boxers who will take part in the gala, half are from the North Shore and four are Innu from Uashat mak Mani-Utenam.

Organizer Alain Bourassa wanted the event to allow to erase certain prejudices that have always plagued the world of boxing.

“For us, the objective was to demystify our sport. Boxing is the unloved or the misunderstood. Lucian is a very good ambassador to present it. We are proud to have had it,” he said.

At a cost of $80 each, the 400 seats for the November 4 gala at the Sept-Îles Convention Center have all been been sold. The evening will also be broadcast on a web platform for $20.

Profits from the gala will be divided between the Sept-Îles Hospital Foundation, the Association de la construction du Québec for its scholarship program and the Free-Fight 7Î Training Center competition team.