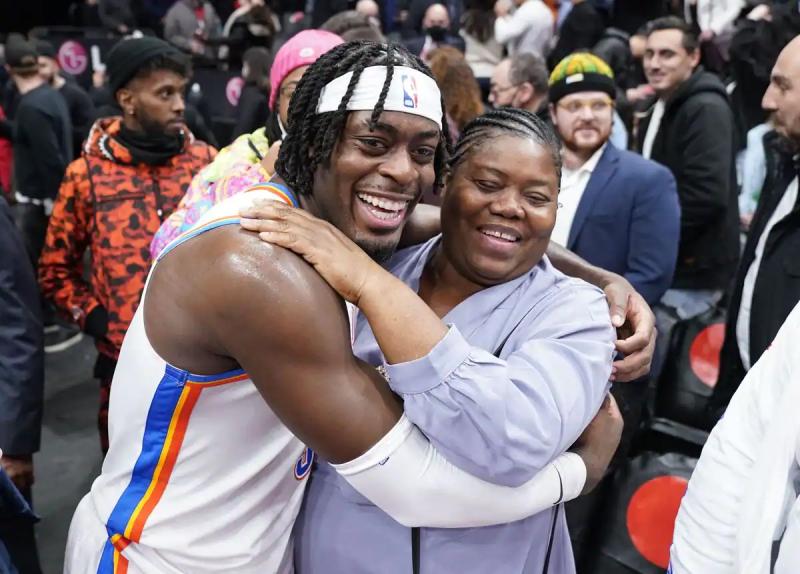 Payday for Chris Boucher and Luguentz Dort: the Quebecers would both have initialed new agreements with their respective teams in the NBA on Thursday.

According to the network ESPN, Dort would extend his stay with the Oklahoma City Thunder. He reportedly signed a five-year contract that would earn him $87.5 million.

As for him, Boucher will remain with the only Canadian team on the Silver circuit, the Toronto Raptors. His new deal would be for three seasons and worth $35.25 million.

On Wednesday, the Thunder declined Dort's option year contract, which would have allowed to become a free agent without compensation at the end of the 2022-2023 season. The Quebecer was to pocket $1.9 million during the next campaign; he has thus almost increased his annual salary, which will be $17.5 million.

The Arizona State University alum has improved in all of the most-watched stats over the past season, whether it's points (17.2), assists (1.7) or rebounds again (4.2).

The biggest contract in history for Nikola Jokic

The recipient of the NBA MVP award for the past two seasons, Nikola Jokic, would have signed the most lucrative deal in league history with the Denver Nuggets.

His contract, of the “supermax” type, will earn him $264 million spread over five seasons, according to what the ESPN network reported.

The Nuggets certainly didn't expect Jokic to become the face of their organization when they used the 41st overall pick in the 2014 draft to secure his services. Some eight years later, the Serbian pivot has nothing more to prove on an individual level. He averaged 27.1 points, 13.8 rebounds and 7.9 assists in 2021-22. Jokic had a triple-double in 19 games during the season, a league high.

The 6'11″ and Nuggets playoff run ended in the first round, however, against the Golden State Warriors. In seven seasons in Colorado, Jokic has yet to lead his team to the first NBA Finals in franchise history.

The Phoenix Suns are reportedly about to formalize a four-year, $214 million contract extension with guard Devin Booker.

The star player picked up 26.8 points per game last season.

The Stadium platform also claimed that Booker had been chosen to be on the cover of the NBA 2k23 video game.