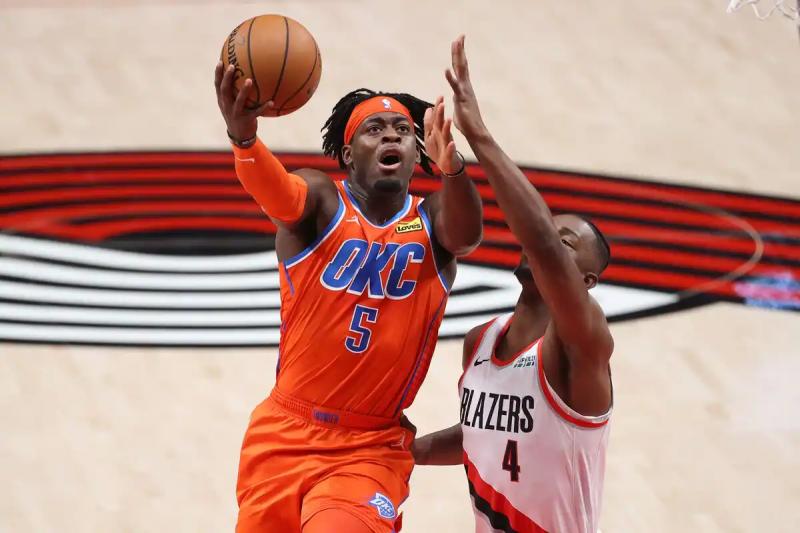 By signing a five-year contract that should earn him $87.5 million with the Oklahoma City Thunder, basketball player Luguentz Dort temporarily becomes the Quebecer who has obtained the most lucrative agreement for an athlete playing in the main leagues in North America, namely the NHL, Major League Baseball, the NFL and the NBA.

At only 23 years old, Luguentz Dort has already hit the jackpot in the NBA. The Thunder player, who hails from Montreal North, was rewarded earlier this week for his interesting start to his career. Last season, in his third campaign, he posted a career-high averaging 17.2 points per game. With $87.5 million for five years, Dort will earn an annual salary of $17.5 million.

Hockey player Vincent Lecavalier signed with the Tampa Bay Lightning in July 2008 for an 11-year contract worth $85 million. However, the agreement was bought out by the Florida organization during the summer of 2013. At a time when the duration of contracts could exceed eight seasons, goalkeeper Roberto Luongo had received $ 64 million for 12 years, in September 2009 , thanks to the Vancouver Canucks.

Former receiver Russell Martin joined the Toronto Blue Jays in November 2014 when general manager Alex Anthopoulos offered him a five-year deal for $82 million. Martin ultimately played four seasons with the Jays, from 2015 to 2018, before completing his career with the Los Angeles Dodgers while Toronto was still paying most of his salary.

Among active players in the National Hockey League, Ottawa Senators defenseman Thomas Chabot leads the way with an eight-year, $64 million deal. This contract extension was signed in September 2019. Kristopher Letang, Marc-Édouard Vlasic and Patrice Bergeron have all also already concluded pacts worth $55 million or more. The next to go to the bank will no doubt be Florida Panthers forward Jonathan Huberdeau.

In the NFL, Laurent Duvernay-Tardif signed a five-year, $41.25 million contract extension with the Kansas City Chiefs in February 2017. Since then, however, that deal has been restructured. The one who is both a football player and a doctor has also skipped the 2020 season in the NFL to give a boost to the health system during the COVID-19 pandemic. Last season, he appeared in eight games with the New York Jets.