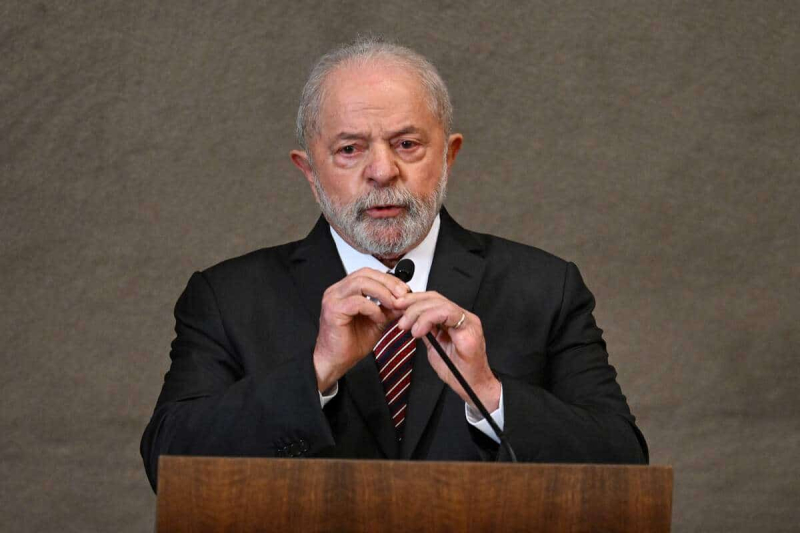 Sources within the armed forces confirmed to AFP on Saturday the ousting of Julio César de Arruda, who had led the army on an interim basis since December 30, two days before the end of the mandate of the extreme president. right Jair Bolsonaro. He was confirmed there in early January by the new Lula administration.

He will be replaced by General Tomas Ribeiro Paiva, 62, military commander of the southeast since 2021, according to sources in the presidency.< /p>

General Ribeiro Paiva, who began his military career in 1975, notably participated in the Brazilian army mission in Haiti, commanded the presidential guard battalion and worked as an auxiliary to the presidency in Brasilia under the mandate of Fernando Henrique Cardoso.

On Wednesday, he said in a remarked public speech that the army would continue to “guarantee democracy” and that it was necessary to “respect the results of the ballot boxes”.

The relationship with the armed forces is one of Lula's biggest immediate challenges, according to analysts who point to the significant military presence in the previous administration.

On Friday, Lula had met to the first time the three chiefs of the armies. Defense Minister José Mucio then assured that there had been no “direct involvement” of the army in the riots in Brasilia.

Lula had received the full support of the international community after the January 8 assault and ransacking of places of power in Brasilia by bolsonarists refusing the defeat and the replacement of their champion.

On Sunday, Lula goes to Argentina, in keeping with the tradition that the first outing of a Brazilian president is reserved for his big neighbor.

Lula will find there a faithful ally and friend, the President Alberto Fernandez, but also his counterparts from a region where the left has returned to power, by participating in a summit of the Community of Latin American and Caribbean States (Celac).

“Brazil is back!” had launched Lula on the evening of his victory on October 30 against Jair Bolsonaro, whose four years in office were marked by great international isolation.

Latin America is therefore the first stage of this normalization , before the arrival of the first European leader in Brasilia, German Chancellor Olaf Scholz, on January 30, then a visit by Lula to American President Joe Biden, in Washington, on February 10.

Lula's priority is to “reconnect with Latin America, an essential region for Brazil, but relegated to the background” by Mr. Bolsonaro, explains to AFP Joao Daniel Almeida, specialist in external relations at the Pontifical University of Rio.

Lula will meet with Fernandez on Monday in Buenos Aires.

Argentina is “a very important partner” of Brazil, stressed the vice-president of Lula, Geraldo Alckmin. It is the third customer of Brazilian exports, which exceeded 15 billion dollars last year.

Discussions should include trade, science, technology and defence, the Brazilian Foreign Ministry said.

Lula could also meet Tuesday in Buenos Aires his Cuban counterparts Miguel Diaz-Canel and Venezuelans Nicolas Maduro, with whom Brasilia has just reconnected. Mr. Bolsonaro's Brazil had been among the fifty countries that recognized the main opponent of the socialist president, Juan Guaido, as “interim president” of Venezuela.

Lula must then go to Uruguay for a meeting with center-right president Luis Lacalle Pou.

In Buenos Aires, he will take part in the VII summit of the Community of Latin American and Caribbean States (Celac), which brings together 33 states from the region. Lula had been at the end of the last of his two terms (2003-2010) one of the founders of this organization, during the first “pink wave” on the continent.

Jair Bolsonaro had suspended the Brazil's participation in CELAC, accused of “giving importance to undemocratic regimes like Venezuela, Cuba or Nicaragua”.

Similarly, he had not frequented Argentina, Bolivia, Chile and Colombia where the left had come to power.

Lula also expressed this week his interest in “a continental policy” for the preservation of the Amazon, a file on which he is eagerly awaited after the record deforestation of the Bolsonaro era.