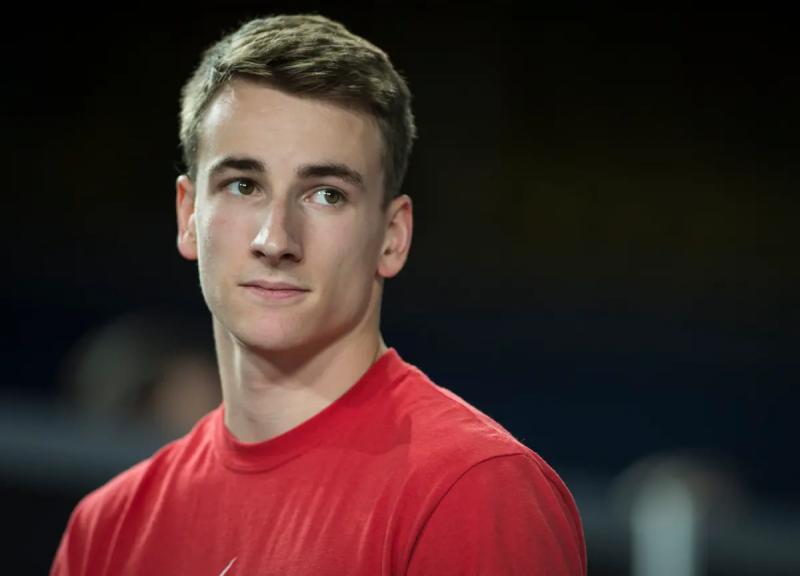 Former Olympic hopeful and gymnastics coach Thierry Pellerin admitted to having encouraged two teenagers from the Gymnamic club in Lévis to send him a photo of their penises, in addition to having filmed the private parts of eight young boys while urinating in the gym toilet.

Thierry Pellerin was a prominent athlete in Lévis as an Olympic hopeful and coach at Club Gymnamic.

However, the 24-year-old man had much less desire to be recognized Monday morning at the courthouse of Quebec when he arrived wearing a hooded vest covering almost all of his face, in addition to wearing a procedural mask.

In the courtroom, however, Pellerin appeared in a white shirt before the judge to plead guilty to charges of luring, producing child pornography and inciting two boys to touch each other.

The gymnast was first arrested in July 2020, after the parents of two 11- and 12-year-old teenagers filed a complaint against their boy's coach, who was considered “an idol”. and “a model” for them.

It is the father of a first boy who had found discussions of a sexual nature with the trainer by confiscating his son's cell phone.

Exchanges on the length of the penis in erection and at rest of even that photos that had been deleted were found.

The accused claimed to act as as “big brother [to] teach him some life stuff”. He also sent him pictures of his penis asking the victim not to talk about it.

During his arrest, the Lévis police officers however searched the computer equipment of the accused who lived with his parents.

On a hard drive, the investigators then found a folder entitled “Gym ” in which videos with the names of eight boys were identified.

In each of these 14 videos, Pellerin had filmed the penises of eight children between the ages of 6 and 12 as they urinated in the toilets of the gym.

The accused was filming close-ups of the children's private parts. Some of the videos found were made in July 2015, five years before his arrest.

Thierry Pellerin has admitted his guilt on all counts. A pre-sentence report with a sexological component was requested before the presentations on the sentence were held in December, when victims could be heard.

WHO IS THIERRY PELLERIN? Thierry Pellerin during the World Gymnastics Championships in Montreal in October 2017.

The police seized him: