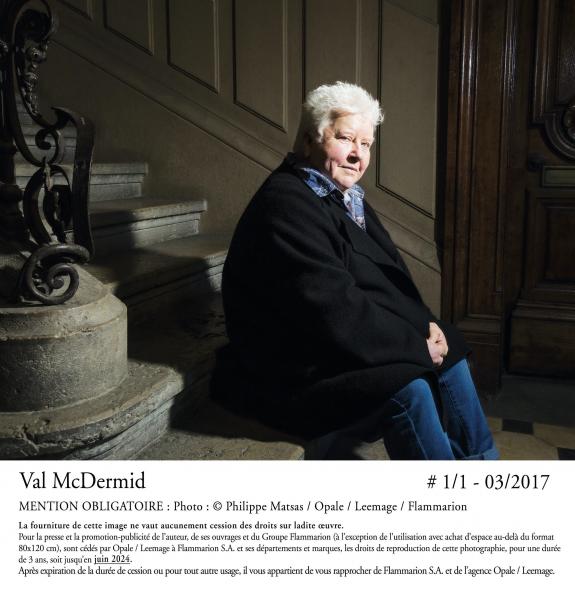 Immensely popular and talented novelist, Scottish Val McDermid has tackled difficult social issues in his new novel, Thus Speak the Dead. Authorities, discovering bodies on the grounds of a former convent being demolished, must determine what happened. They suspect the presence of a serial killer and embark on a complex and dangerous investigation.

When a developer carrying out demolitions on the site of a former convent unearths bodies of children, the team of Paula McIntyre, in charge of the investigation, begins to question the former boarders who are victims of the extreme severity of the nuns.

Other macabre discoveries await the police and the gardener then denounces a priest who had convinced him to bury homeless people in consecrated ground.

This lead, like the previous one, leads to a dead end . It will be necessary to “make the dead speak”, the disturbing number of which leaves the shadow of a serial killer. The regional brigade, which is not used to cold cases, calls on Carol Jordan, excluded from the police, and her sidekick Tony Hill, an expert in psychological profiling.

Val McDermid, a famous Scottish writer, is an expert at conveying a lot of information, maintaining a steady pace while telling a thrilling story.

“When I try to find information, I don't just go to a library or the internet: I try to talk to people who do this for real. So I have the stories and the facts. I can add a lot of material to my texts,” she explains, in a telephone interview from her home in Scotland.

That's what she did with psychological profiler Tony Hill in this novel.

“I did not know a psychological profiler or a clinical psychologist and, by chance, while watching local TV, I saw this gentleman who was a profiler for the police. I persuaded him to talk to me and we became friends. He told me what he was doing. His methods are those of Tony Hill in the book. The anecdotes he told me, all the details, are not information that one could find in a book. You understand that when you take the time to meet these people. »

The genesis of Thus Speak the deaths is linked to the very real discovery of a place where babies born to single mothers had been buried, while they were cared for by a religious organization.

“A few years ago I listened to a great BBC podcast about the town of Tuam, Ireland, where there was a huge scandal. Babies had been buried on the grounds of a convent. I found that monstrous. But I thought it was an interesting idea to explore for a novel.

Then she embarked on research and writing, methodically.

< p>” Then I had to figure out how to integrate characters into this story. “

Val McDermid, a feminist writer, very aware of the news, recalls that women have been victims of oppression.

“The attitude of society and the Church does not unforgiving and unliberal. Women were so oppressed… They didn't have the ability to stand up like they can today,” she observes. is a surprise to no one. »

The response from its readers was phenomenal when the book was released in its original English language version.

“Readers were very intrigued by the idea of ​​the novel. The story is fictional, but what happened in Catholic convents and schools resonated with the culture of the time. ”

“ Although programmed it into her GPS, Carol Jordan had had trouble finding Melissa Rintoul's address. She had only been to Edinburgh twice before, and had a vague memory of New Town, its wide streets, tall Georgian buildings and private gardens enclosed by the kind of iron fences designed to impale intruders. But behind these stern facades there seemed to be hidden labyrinths of small alleys and alleys where the old carriage sheds had been transformed into stylish apartments. »