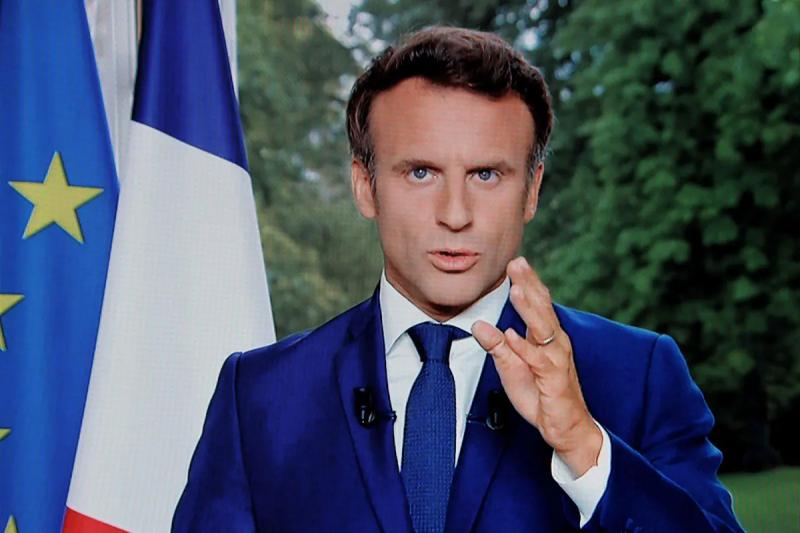 French President Emmanuel Macron began an international streak on Thursday after asking opposition parties to “clarify” their positions in an attempt to break the deadlock after the legislative elections that deprived his camp of absolute majority.

In the midst of a political crisis in France, President Macron is forced to leave Paris for 48 hours to participate in a European Union (EU) summit on Thursday and Friday marking the end of the French presidency. He must also travel again from Sunday for G7 summits in Germany and NATO in Spain.

This is not the first time. The French president had already been taken to task for having gone to Eastern Europe in mid-June in the middle of the campaign for the second round of the legislative elections and by delivering a poorly perceived speech just before flying away.

But the executive rejected any idea of ​​an ultimatum issued to the opposition.

“There is no ultimatum or 48-hour question,” the spokeswoman said Thursday morning. of the government, Olivia Grégoire, denying that the head of state put pressure on the opposition.

“The ultimatum is the end. There he opens the beginning of negotiations, the beginning of consensus and compromise. We are talking about several days, maybe even several weeks,” she insisted.

Four days after the second round of the legislative elections, France remains immersed in uncertainty, President Macron, re-elected in April, having lost his absolute majority in the National Assembly, which raises the question of his ability to carry out his project. reforms.

His liberal centrist coalition, on which he had relied during his first five-year term, retained only 245 seats out of 577, far from an absolute majority of 289.

The left alliance with around 150 deputies and the extreme right (89) made a massive breakthrough in the hemicycle, the classic right having 61 deputies from the Les Républicains (LR) party.

A situation that reshuffles the cards in a country unaccustomed to government coalitions, unlike the practice of other European countries such as Germany.

During a short speech to the French on Wednesday evening, the Head of State took note of the “fractures” revealed by the result of the legislative elections and assured that he wanted to “build compromises” with his opponents, urging them to “clarify” their position. and seeming to set a deadline for Friday evening.

He recognized the need to “learn to govern and legislate differently”, using the word “compromise” many times. Because “no political force can today make the laws alone”, a “new fact”, declared the president.

“I hear and I am determined to take into account the will for change that the country has clearly requested,” he said, citing two scenarios, case-by-case agreements on legislative texts or a broader coalition .

He also rejected the formation of a government of national unity, an idea largely ruled out at this stage.

But the oppositions castigated his intervention and refused any government coalition, enjoining him, like the socialist deputy Valérie Rabault, to “take the first step” and propose “very clear” measures for the French which will be debated in Parliament “at the case by case”.

“It is he who is up against the wall, not us”, she said Thursday on a radio.

Same tone with the right-wing opposition. A coalition, “of course it's not: our deputies were elected with a clear mandate by their voters”, which is to “sit in opposition”, estimated Senator LR Bruno Retailleau.

< p>President Macron's call seems to be aimed primarily at the moderate right and left, with a broader rapprochement with the far right of Marine Le Pen or the radical left of Jean-Luc Mélenchon being ruled out on both sides.

“It's not on the program either”, cut short the spokesperson for the government of Elisabeth Borne, the Prime Minister who finds herself weakened.

For President Macron is a bit of a backlash, he who is accused of having had a vertical management of power in an increasingly fractured France.