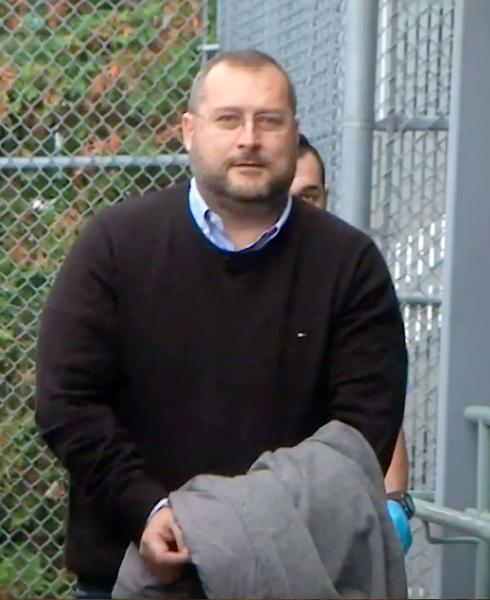 One of the province's most influential mobsters was arrested Tuesday night in Laval for attempting to extort nuns in a convent.

According to our information, Del Balso tried to recover jewelry that had been given by his ex-wife a few years ago. years in a convent in the Chomedey district.

The former mafia wife would have donated several pockets of clothing inside which were jewelry worth several hundred thousand dollars, according to our sources.

For some unexplained reason, Francesco Del Balso suddenly wanted to recover these valuable goods at the start of the week.

Monday, he would be presented to the presbytery of the Saint-Maxime Church to confront the priest. Seeing that the priest had no idea what Del Balso was referring to, the tone would have risen.

It was then that the mobster allegedly demanded a sum of $5,000 per week as reimbursement for the jewelry that had been given previously by his ex-wife.

Church officials then allegedly contacted the Laval Police Department to file a complaint against Del Balso.

The latter was arrested and was to be questioned by investigators during the evening on Tuesday.

A big name in crime

According to our information, several police officers are rubbing their hands with satisfaction following this “humiliating arrest” for Del Balso, yet recognized as a big name in organized crime.

Recognized for his hot temper, the A former high-ranking member of the Rizzuto clan has become a specialist in extortion over the years. Arrested for gangsterism during Operation Coliseum in 2006, the man who was once one of the main leaders of the lucrative illegal online betting market on behalf of the Italian mafia had been sentenced to 15 years in prison. /p>

Shortly after his release, Del Balso had threatened a journalist from our Bureau of Inquiry who had uncovered his attempts to extort from pizzeria owners in the Quebec region. He had pleaded guilty and was sentenced to 30 days in prison and two years probation.