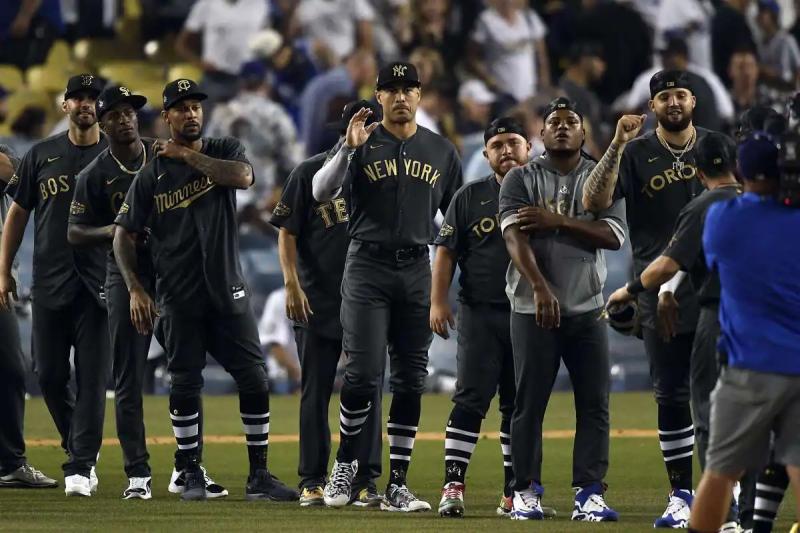 Despite the large number of stars present at Dodger Stadium on Tuesday in Los Angeles, as part of the Major League Baseball All-Star Game, fireworks were rare and the American League ultimately won 3-2.

The pitchers had a great time at the annual classic, as a total of 22 strikeouts were made by the 20 gunners used .

Not all representatives of the Toronto Blue Jays were very productive at bat in the victory. First baseman Vladimir Guerrero Jr. and receiver Alejandro Kirk, who were part of their starting lineup, were unable to reach the bases once in two at bats each. For his part, second baseman Santiago Espinal, used as a pinch hitter, was unable to avenge his Toronto teammates with a hit, but was awarded a walk at his second appearance at the plate, saving some honor for the other Blue Jays.

Things were much better for gunner Alek Manoah. Used in the second inning, the right-hander struck out each of the three batters facing him.

Giancarlo Stanton of the New York Yankees was the most productive offensively for the American League All-Stars. In the fourth inning, the outfielder kicked out a pitcher Tony Gonsolin's offering out of bounds, while Jose Ramirez was on the trails. With that momentum, Stanton tied the game at 2-2.

The next hitter, Byron Buxton of the Minnesota Twins, seemed to take notice of Stanton's plate presence as he too hit a homer at the expense of Gonsolin.

Holder of the best earned run average in major league baseball in 2022 (1.71) , Tampa Bay Rays pitcher Shane McClanahan, used as a starter for the American League, completely failed to come on the scene.

The Florida team's gunner first allowed a double to Ronald Acuna Jr., before seeing him cross home plate on a single by local favorite Mookie Betts.

Two hitters later, Paul Goldschmidt delivered a gift to the fans by kicking one of McClanahan's offerings into the stands, giving the National League stars a temporary 2-0 lead.