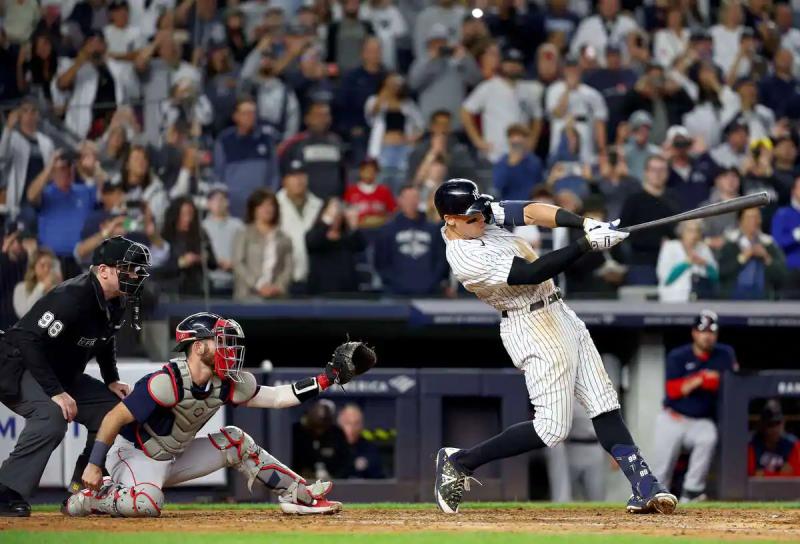 A little over a week away from the conclusion of the regular schedule in the Manfred circuit, several races keep major league baseball fans on edge of their seats.

Here are four stories to watch from now until the fall ball is held:

Aaron Judge and the “Triple Crown”

The New York Yankees slugger has his eyes set on the home run record in the American, but he could also accomplish a feat of significant rarity: becoming a member of the “Triple Crown”. His lead is overwhelming for long balls, and his 128 RBI — heading into Monday's games — gives him a sizable lead over Jose Ramirez (117). His .314 batting average puts him tied for first in that category, but he'll have to watch out for Xander Bogaerts (.314) and Luis Arraez (.313). The last player to win the “Triple Crown” in the American is Miguel Cabrera, in 2012.

The Blue Jays and home advantage

Very clever whoever can predict the outcome of the playoff race among the teams drafted in the American. The Blue Jays will try to protect the first in this ranking to gain home-court advantage in the three-of-five series against the second-best team drafted. If John Schneider's men fell to second place – held by the Tampa Bay Rays – the Rogers Center would see less action. A third position would almost certainly result in a duel against the Cleveland Guardians, champions of the Central Division. Remember that the only Canadian team in major league baseball has not won a playoff since 2016, when it reached the final of the American.

Normally, no debate would be necessary to award the American MVP award. The season Judge is enjoying will likely go down in history. However, on the American West Coast, another player impresses as much, if not more: Shohei Ohtani. Although his Los Angeles Angels are ruled out of playoff contention, the versatile Japanese is a force of nature both at bat and on the mound. His ERA (2.47) ranks him seventh in major league baseball and he is the sixth-highest scoring player in the All-Americans (93). Ohtani had won his association MVP in 2021.

Nothing is played in the Nationals

The Los Angeles Dodgers may already be assured of finish first in the National, but the rest of the table is still full of uncertainties. The New York Mets and Atlanta Braves are in the midst of a heated battle for the East Division title. In Central, the St. Louis Cardinals lead the way, but the Milwaukee Brewers can't be overlooked. The latter are the first team excluded in the National and are hot on the heels of the Philadelphia Phillies and the San Diego Padres among the teams drafted.