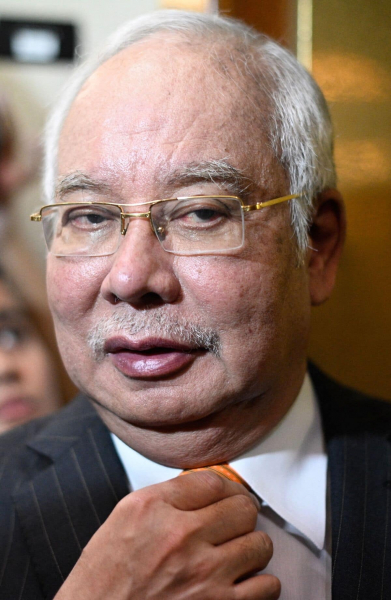 Malaysia's highest court on Tuesday upheld the sentencing of former prime minister Najib Razak to 12 years in prison for corruption in connection with the global ramifications 1MDB financial scandal.

“We find that the appeal is without merit. We believe that the conviction and the sentence are fair,” said the presiding judge Maimun Tuan Mat.

“Based on the foregoing, we unanimously find that the evidence presented at trial conclusively shows (that he is guilty) of all seven counts.”

Mr. Maimun considered that “it would be a travesty of justice of the utmost importance if a reasonable court, faced with such evidence, (…) were to conclude that the person appealing is not guilty of the seven charges against him. .

The Federal Court's decision came after the court rejected a last-minute request by Najib's lawyers to disqualify the presiding judge, citing his bias.

Najib Razak, aged 69, was sentenced in July 2020 to 12 years in prison and a fine of 210 million ringgits (47 million euros) in the 1MDB case, a multi-billion dollar fraud with planetary ramifications.

The sentence was upheld on appeal in December 2021.

On August 18, Malaysia's highest court began hearing Najib Razak's appeal, after dismissing at unanimously the request of the former head of government for a new trial.

The anger of the Malaysians against the looting of the sovereign fund 1Malaysia Development Berhad (1MDB), supposed to contribute to economic development of their country, had played a big role in the surprise electoral defeat in 2018 of the coalition led by Mr. N ajib, who led the government since 2009.

The former prime minister, who is still an MP, is free on bail and has always maintained his innocence.