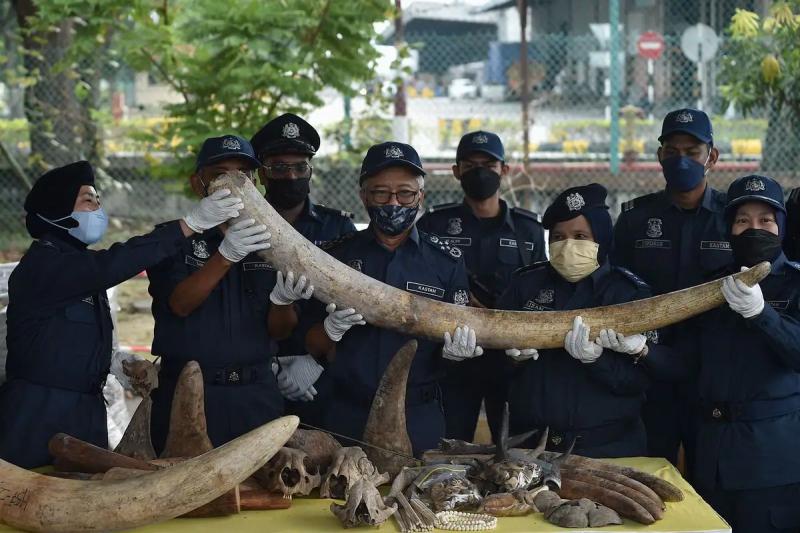 Malaysian Customs said on Monday it had seized endangered animal parts including elephant tusks, rhino horns and pangolin scales worth a total of 18 million euros.

The illegal cargo, concealed in a container with wood, was discovered on July 10 in Port Klang, on the west coast of Malaysia. There were no arrests during the seizure.

The shipment included 6,000kg of elephant tusks, the largest seizure of elephant ivory made in Malaysia, said the head of the customs department Zazuli Johan.

It also included 29 kg of rhino horns, a highly coveted illegal commodity, 100 kg of pangolin scales, and 300 kg of animal skulls and other bones, he told a press conference. .

The value of the seizure is estimated at 80 million ringgit ($18 million), he said. Africa is the supposed origin of the cargo, he added without providing further details.

Malaysia was not the final destination of the cargo, he said , without specifying the latter.

Malaysia is a transit country for the smuggling of wild animal parts. Elephant tusks and pangolin scales are particularly sought after in countries where they are used in traditional medicine, such as China and Vietnam.