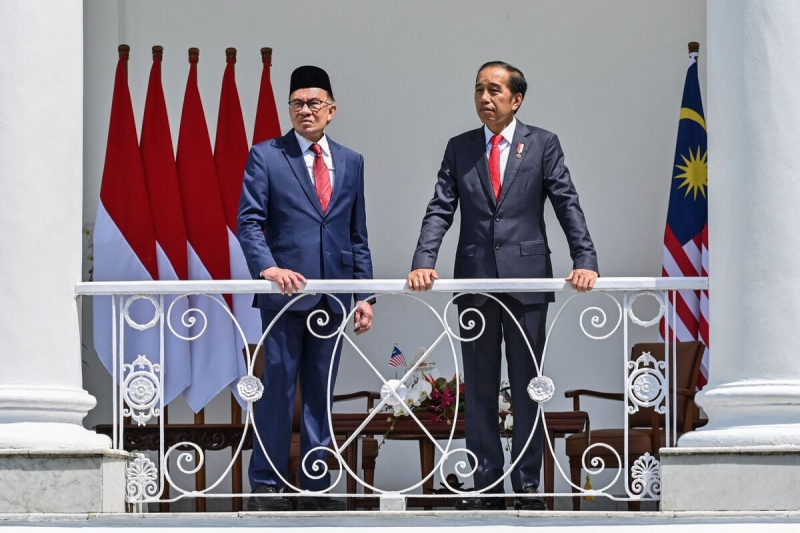 The Malaysian Prime Minister and the Indonesian President pledged to strengthen their cooperation in defense of the palm oil sector on Monday, in the Malaysian official's first trip abroad since his coming to power.

Anwar Ibrahim, long relegated to the opposition, became Malaysia's prime minister on November 24, after forming an alliance of parties following an election without a clear winner. He then won a vote of confidence in parliament to strengthen his position.

“It's a little personal, Mr. President. When I was in a difficult situation, living in uncertainty and suffering, Indonesia welcomed me as a true friend,” he remarked to reporters after the meeting.

Joko Widodo stressed that the two countries in Southeast Asia, the two main exporters of palm oil, would strengthen their alliance against “discrimination” against the sector, strongly criticized by defenders of the palm oil. environment for its role in deforestation.

“We have agreed to strengthen cooperation through the Council of Palm Oil Producing Countries (CPOPC) to strengthen the palm oil sector. palm,” he said.

The European Union announced an agreement last month to ban the import of several products, such as soya or palm oil, when 'they contribute to deforestation.

Indonesia, like Malaysia, had already brought proceedings before the WTO to arbitrate the trade dispute between them and the EU over European restrictions on the use of palm oil-based biofuels, also linked to deforestation.

The Indonesian leader also welcomed the interest shown by Malaysian companies to invest in the proposed new capital on the island of Borneo.

< p>The officials also discussed bilateral trade, disputes over their common borders and the crisis in Burma.

Indonesia, the region's largest economy, is chairing this year's Association of Southeast Asian Countries (ASEAN), of which Burma is a member, with a planned summit of the organization's leaders in November.

The rights of migrant workers were also at the menu after Indonesia temporarily suspended Malaysian recruitment of its nationals last year ie lack of a satisfactory legal framework.