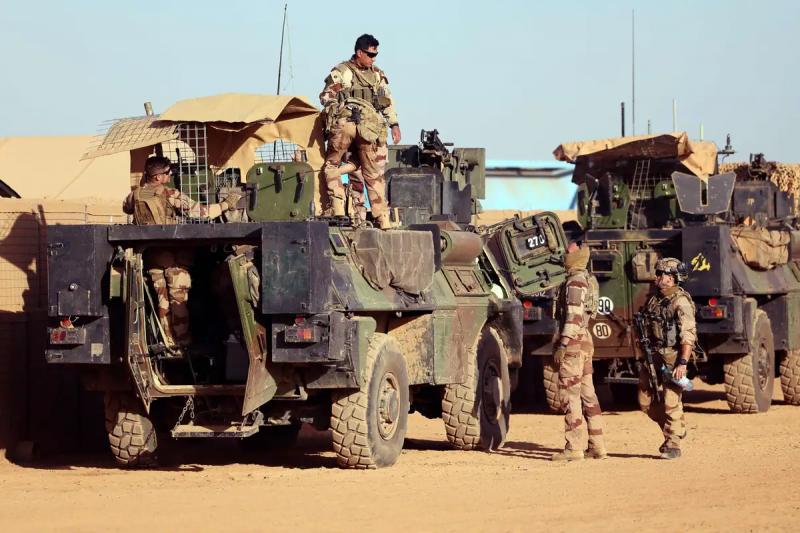 The scenario was expected, here it is confirmed: Paris announced on Friday the end of the Takuba task force in Mali, an aggregation of European special forces, collateral victim of tensions with the colonels in power in Bamako.< /strong>

Takuba, mounted with great difficulty by former Minister of the Armed Forces Florence Parly to share with Europeans the burden of the fight against jihadists in the Sahel, succumbed to two coups in Mali in August 2020 and May 2021, in the brutal deterioration of Franco-Malian relations followed by the departure this year of the French anti-jihadist force Barkhane.

“The reorganization of the French military system in the Sahel (…) led to the end operations of (…) Takuba in Mali from June 30, “said General Pascal Ianni, spokesman for the French general staff during a press briefing.

Barkhane and Takuba bear witness to what “Europeans are capable of accomplishing together in complex security environments”, he continued, assuring that “the lessons” of this operational experience would endure.

Takuba , a symbol of European defense dear to French President Emmanuel Macron, had ended up bringing together a dozen European countries, and up to 800 to 900 elite soldiers.

They were responsible for help the Malian forces to gain autonomy and allow them to regain a foothold in the territories abandoned by the State, in the face of jihadist groups linked to Al-Qaeda or the Islamic State (IS) group.

Takuba's “full operational capability” was decreed in early April 2021. It only lasted a little over a year.

“In addition to sharing an assessment of the situation, common procedures and a brotherhood of arms have been forged”, welcomed the French general staff.

But Takuba will not have resisted the tensions with Bamako. In January, the junta had asked Denmark to withdraw its troops which had just arrived but had been deployed “without its consent”. Copenhagen had denounced “a dirty political game”.

By breaking with Paris, the Bamako junta also broke with its allies, in favor of the private Russian mercenary company Wagner, accused of multiple human rights violations and other trafficking in the Middle East and Africa.

The sign of a major geopolitical reorientation of Mali, which intensifies the French downgrading in the region and puts a question mark in front of the future of the commitment of Europeans in the anti-jihadist fight in the Sahel.

For example, the Swedish force had already decided not to extend its special forces beyond their initial mandate in June. Nor should Stockholm relocate troops outside Mali, even if exchanges with France officially continue.

And if Stockholm retains 200 men within Minusma, the United Nations peacekeeping mission in Mali, she will leave a year earlier than planned, in the first half of 2023. And today, it is the entire international system in the region that is wavering.

The French army will have left Mali by the end of August after nine years of engagement. And the Minusma, extended for a year, will be deprived of air support. “The ongoing military reconfiguration in the region could jeopardize past counterterrorism efforts,” UN experts said in a document obtained by AFP.

“Our transformation to a partnership model was embodied in Mali by Takuba. But the operation was hit as it ramped up,” General Hervé Pierre, who oversees partnerships between the French and West African armies from Niamey, admitted to AFP.

But “the Takuba's spirit will endure in the combat partnership with the Nigeriens, in an even more balanced relationship,” he assured.

In May, Nigerien President Mohamed Bazoum called on French and Europeans to “take more risks and not be haunted by losses” in the Sahel.

He demanded that their forces be deployed “with substantial air capabilities, effective rules of engagement, sacrifices, means financiers, with many more helicopters, bombs”.