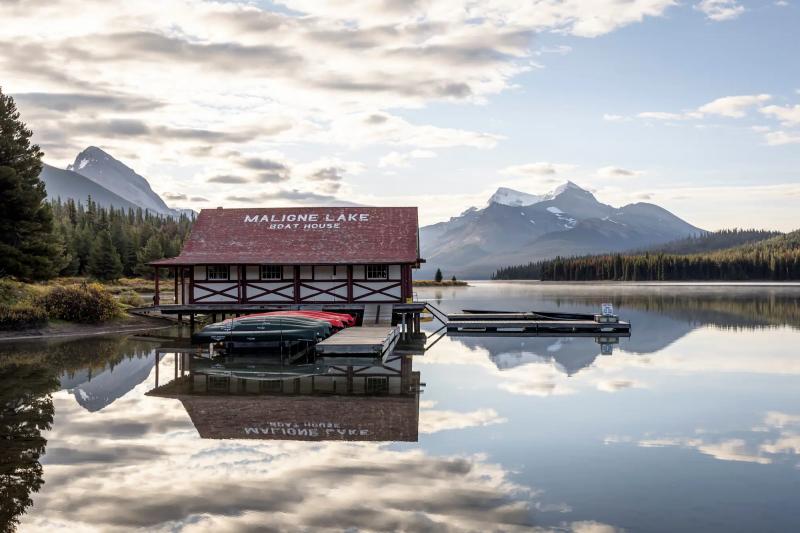 Passing through the Jasper region, I noticed that the splendors of nature abound in this corner of the country. Over 360 degrees, exceptional panoramas leave me speechless. Near the town of Jasper, the Maligne Lake road plunges us into an even more spectacular universe. The strip of asphalt that winds between the glacial lakes and literally penetrates the mountain passes is in itself an attraction. Several viewpoints require 'photo stops'. One cannot resist these grandiose landscapes which follow one another. It sometimes becomes quite simply impossible to continue on your way without immortalizing these decorations. However, keeping your eyes on the road is a must, as it is in the heart of the natural habitat of several animals. In fact, very large moose live in the surrounding forests. On my way, I met two of them, of monstrous size.

When I arrived at the edge of Maligne Lake, the sun was barely rising. The air is so pure that breathing deeply has a refreshing effect. The clarity of the water is just as remarkable. This lake, the largest in the park, is one of the most photographed places in the world. Along its banks, a few old, weathered buildings add a rather unique character to the landscape.