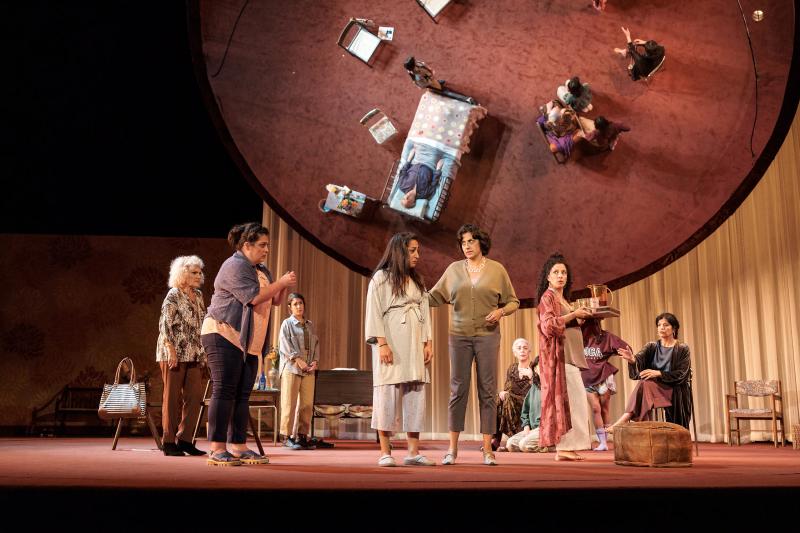 With the family, it is often complicated. Lots of love, but also so much heartbreak. The comedy Mama cleverly manages to combine these two antagonisms to offer Duceppe a funny and touching portrait of an established Christian family of Egyptian origin. here.

This creation by Nathalie Doummar is based on 12 women who take turns at the bedside of the patriarch who is living his last days on Earth. These moments spent together open the way to confidences and confrontations. The matriarch, brilliantly played by Mireille Naggar, is the calm and benevolent force of the group. His daughters (played by Karina Aktouf and Sharon Ibgui) represent the bulwarks of traditionalism, as they grew up abroad. Facing them, the black sheep of the family, Leila (Leila Thibeault Louchem) defends the freedom to free herself from social conventions, she who divorced to then live with a woman. It's a bit like the alter ego of the author who did the same in real life.

A trio of young people (Wiam Mokhtari, Ambre Jabrane and Nicole Doummar) breathe a breath of fresh air and rebellion against the elders. In a language specific to their age, they do not hesitate to talk about sex and to question several principles. To them is added the sister-in-law, wonderfully personified by Mireille Tawfik, who cheerfully mixes English and French and who denounces Bill 101.

Four other women surround them with an Igor Ovadis who will not have had to force too much, because he constantly remains lying in the role of the dying father. In general, this cast is solid, despite certain weaknesses.

Inspired by her own entourage, the author infuses a lot of dynamism with fast and realistic dialogues. The strength of the show lies more in the interactions between the protagonists than in the plot and the discovery of certain heavy family secrets. This production is dotted with comical moments that amuse the audience, even until the very end.

The aesthetics of this work directed by Marie-Ève ​​Milot is undeniable. The huge mirror suspended above the stage is impressive. It offers another perspective of the patient and it serves as a screen for successful projections that mark the transitions between scenes.

This show is therefore a brilliant start to the 50th season of the Duceppe theater, which is highlighted before the performance by a superb historical video capsule.