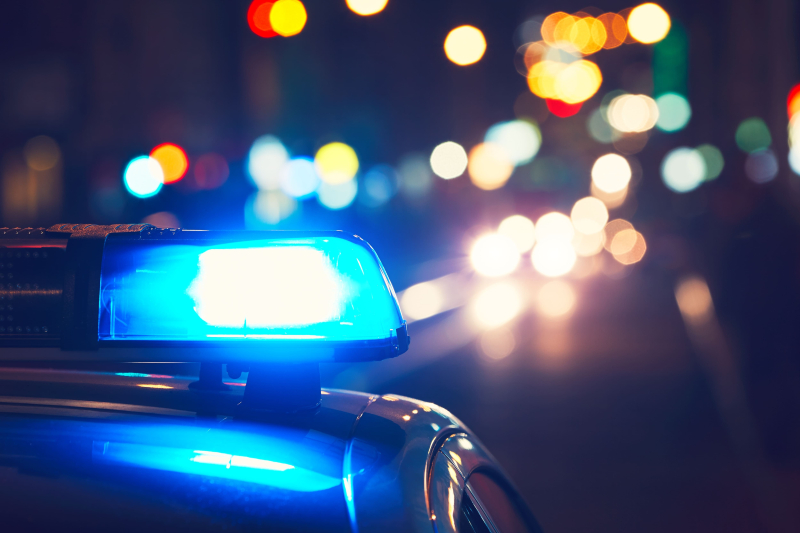 A former Virginia police officer suspected of murdering the family of a teenage girl in Riverside, Calif., after falsely identifying himself online, has been killed in a shootout as he was trying to flee from the authorities.

According to CNN, the ex-police officer has been identified as 28-year-old Austin Lee Edwards of North Chesterfield, Virginia. Detectives said they believe Edwards met the teenager through 'catfishing', a form of online deception in which someone pretends to be a different person.

CNN reports that Riverside Police officers were called to check on the well-being of a young woman who appeared disturbed while in the vehicle of a man driving a red vehicle.

< p>While officers were responding to the call, 911 dispatchers began receiving calls about a fire in the same neighborhood, just a few houses away from the origin of welfare control.

Firefighters discovered three adult victims lying in the main entrance of the burning house. When they pulled them outside, it was determined that they had been victims of homicide.

CNN has learned that a preliminary investigation by Riverside police determined that the The young woman described in the initial appeal was a teenage girl who lived where the fire and homicides occurred.

According to police, Edwards had developed an online relationship with the teenager and obtained her personal information. He then traveled from Virginia to Riverside, where he parked his vehicle in a neighbor's driveway and walked to the teenager's home. Authorities believe Edwards murdered the teenager's grandfather, grandmother and mother before returning to his vehicle with the young woman and leaving the scene.

Several hours after the bodies were discovered, Edwards was spotted driving with the teen in San Bernardino County.

According to the City of Riverside release, Edwards allegedly exchanged gunfire with San Bernardino County police officers attempting to arrest him, was shot by them and later pronounced dead at the scene.

The teenager was not injured and was subsequently been taken into custody by the Riverside County Department of Public Human Services, police told CNN.