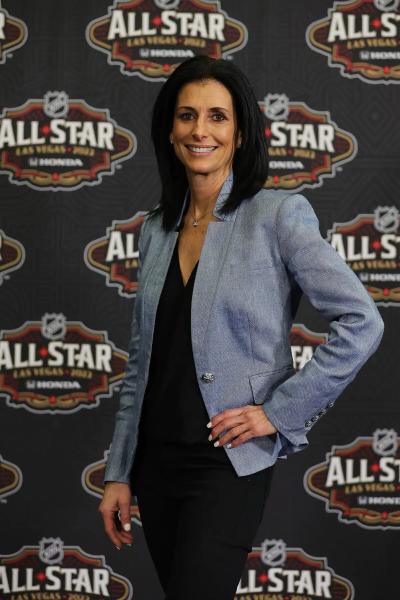 The Los Angeles Kings were proud of their achievement on Thursday when they announced the hiring of Manon Rhéaume as advisor to hockey operations and team prospects.

“Manon is an excellent communicator who brings a unique perspective and will play an important role in our hockey operations department,” said Nelson Emerson, director of player personnel, to whom the former goaltender will report.

Aged 50, Manon Rhéaume was the first woman in history to play a (preparatory) National League (NHL) game, in September 1992, with the Tampa Bay Lightning. Since then, she has been involved in the world of hockey, particularly in Michigan, where she has called home for many years.

We've hired @ManonRheaume as a Hockey Operations and Prospect Advisor.

“I am delighted to join the Kings and I look forward to working with our young players throughout their individual development process, reacted the Quebecer by way of a press release. There are so many things that go into a player's journey once they join an organization. My goal will be to provide the tools and guidance to ease this transition to achieve the ultimate goal of playing in the NHL.”

“She has the skills to help bridge the gap for our young players throughout their development cycle, Emerson added. She will be responsible for helping our players find their place and maintaining their level of understanding of their responsibilities.”

< p>While the draft is being held these days in Montreal, the hiring of Rhéaume by the Kings is in addition to a series of positions granted to women recently in the NHL.