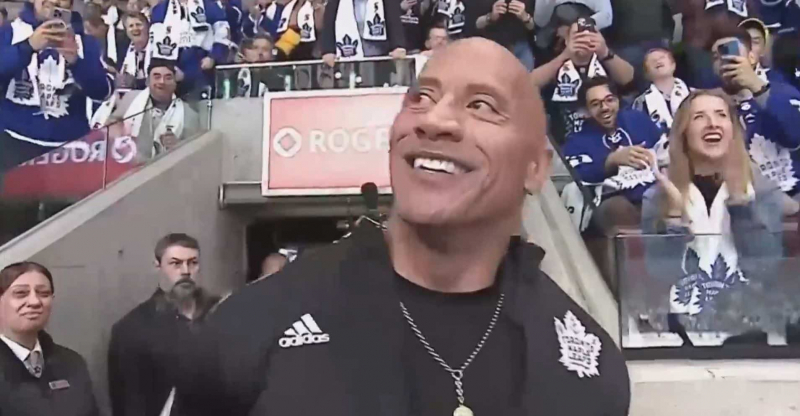 Former wrestler turned Hollywood star Dwayne “The Rock” Johnson entertained the crowd at Scotiabank Arena Thursday in Toronto at the start of the game between the Maple Leafs and the Washington Capitals.&nbsp ;

With just over seven minutes remaining in the first period, during a stoppage in play, the 50-year-old grabbed the crowd leader's microphone, before shouting, “What's going on Toronto?”, much to the delight of fans who gave him a hearty applause.

“Allez les Leafs [Let's go Leafs]!”, he sang afterwards, followed by the spectators who followed suit, in order to encourage their favorite team.

The Maple Leafs finally triumphed 3 to 2 in their first game at home of the season, presented on TVA Sports.

It was also Auston Matthews, author of a 60-goal campaign in 2021-2022, who scored the winning net, simultaneously opening its meter to this season. The Leafs star deftly redirected a shot from Mark Giordano in the third period.

Calle Jarnkrok and John Tavares on the power play had the other game-winning passes, while Nic Dowd and Marcus Johansson ensured the visitors' reply.

Ilya Samsonov made 24 saves in the victory, while his vis-à-vis Charlie Lindgren made 36.