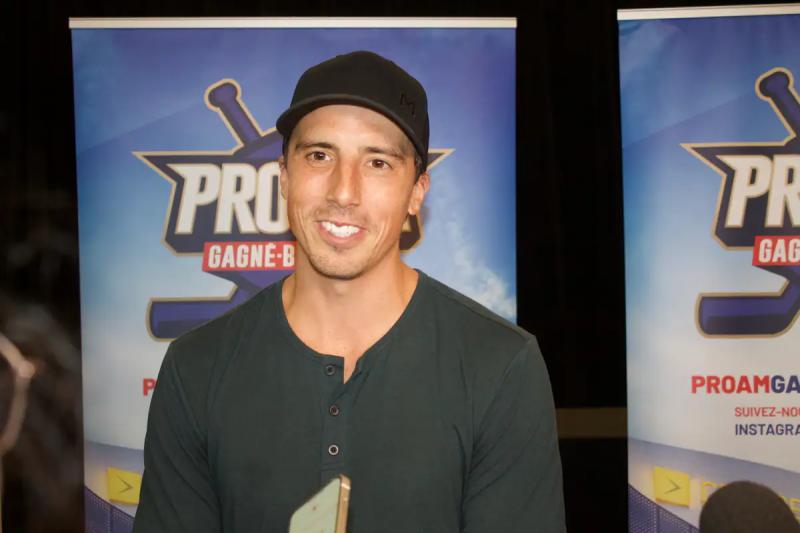 At the dawn of his 19th campaign in the National Hockey League (NHL), Marc-André Fleury still has the sacred fire and he wants to savor every moment before his swan song.

“I still feel like playing, I still like it. I am lucky to be able to continue. The body is holding up, it is older than it was, on the other hand,” Fleury said with a smile, during a meeting with the media last Tuesday at the Pro-Am Gagné-Bergeron.

< p>After spending 13 seasons in Pittsburgh, the goaltender has had an eventful last three years, moving from Las Vegas to Chicago before being shipped off to Minnesota in March. Fleury, who turns 38 next November, sees the end of his career with the Wild. He signed a two-year contract with the team in July. The deal will earn him $3.5 million per season.

“I'll take things into consideration in two years, but I doubt it will continue after that,” admitted the principal.< /p>

With the departure of Cam Talbot, traded to the Ottawa Senators, Fleury knows he will be a busy man next season. He doesn't have any particular expectations when it comes to his workload.

“It's the end of [my career], I want to enjoy it, I want to have fun and win, a- he said. It's up to the coach to make the decisions. I had no problem sharing the net with Cam Talbot. I can play more too, I love to play. We'll see how the body holds up through the season.”

Furthermore, Fleury seemed uncomfortable when he was questioned about Hockey Canada.

The organization is in turmoil, due to an allegation of gang rape of eight of its players who participated in the 2018 World Junior Championship. However, information has circulated about another group sexual assault allegedly involving players from the 2003 edition. Fleury was the starting goaltender for this team that won the silver medal.

“I didn't no comment, thank you”, he simply repeated on two occasions.