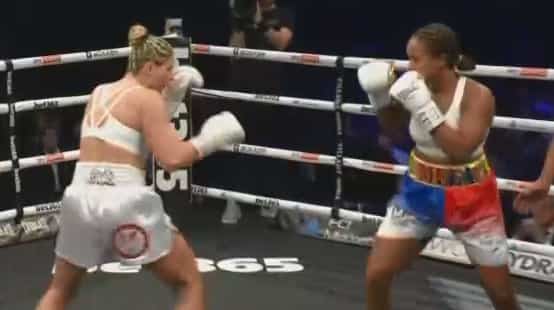 MANCHESTER, England | Quebecer Marie-Ève ​​Dicaire lost by unanimous decision of the judges in a unification bout against Briton Natasha Jonas on Saturday in England.

It was only Dicaire's second career loss. As was the case against Claressa Shields, in March 2021 in Michigan, she could not seize the opportunity to unify the titles of the super-welterweight category.

Jonas became a WBC, WBO and IBF champion in addition to being awarded the prestigious The Ring Magazine belt. The latter was on the line as the fight was between the two highest ranked boxers in the division.

Jonas had begun the duel in force by placing a few blows in the first round, then again in the second assault. Dicaire, who was forced to retreat, was able to take it well before showing some good moments from the fifth round. The Quebecer did even better on the sixth round, but Jonas was able to land a few bloody shots afterwards.

In the corner of the Quebecer, coach Stéphane Harnois exclaimed: “Leave go your hands!”

No judge was from Canada for the occasion, America being represented by the United States instead. The trio was completed by judges from Great Britain and Germany. Jonas' victory was unequivocal, however. The author of these lines had a score of 98-92 in favor of the Briton.