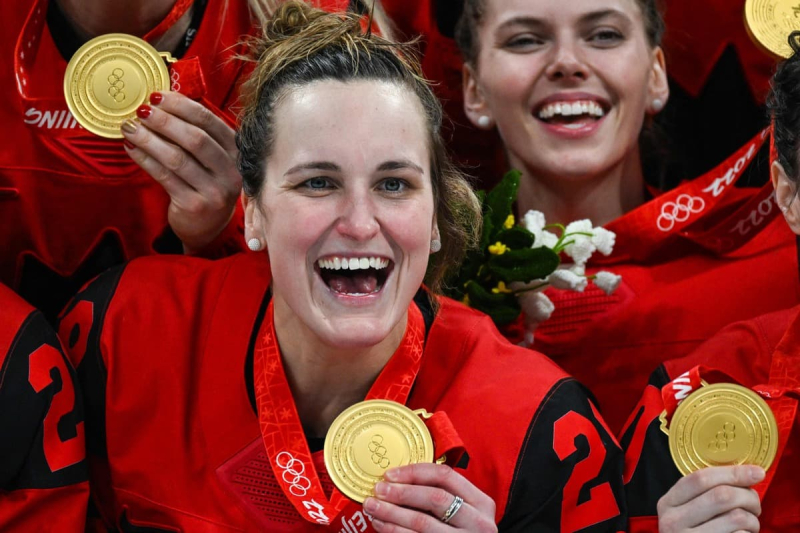 The 31-year-old striker succeeds decathlon specialist Damian Warner as the recipient of the Northern Star Award. Quebecers Laurent Duvernay-Tardif and Félix Auger-Aliassime won it jointly in 2020.

The one nicknamed “Captain Clutch” became the first female hockey player to score in four gold medal finals at the Olympics. Author of two goals during this decisive match against the United States, she scored 17 points during the tournament.

Poulin was also a co-flag bearer during the opening ceremony in Beijing.

A few months later in Denmark, the Beauceville native led Canada to a 12th title at the Women's Worlds.

In addition to her international prowess, Poulin plays with the PWHPA team touring Canada as part of the Secret Dream Gap Tour. In June, the Montreal Canadiens hired her as a player development consultant.