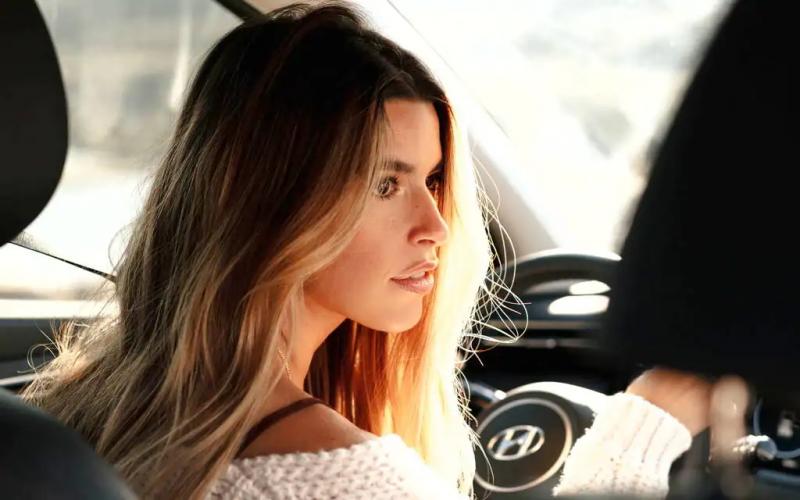 Almost a year to the day after abandoning Guillaume Lemay-Thivierge as spokesperson, Hyundai Canada announced this week the appointment of its replacement. This is Marilou, a multitalented young woman, as well known for her singing talents as for her culinary recipes via her various publications, called Trois fois par jour. A successful businesswoman, Marilou joins the growing list of women chosen by the automotive industry to represent it. Think of Mélissa Désormeaux-Poulin at Kia, Karine Vanasse at Nissan and of course, Mariloup Wolfe at Chevrolet.

Hyundai obviously believes in the importance of a spokesperson. Especially in Quebec, where market shares against the rest of the country remain very high. It must be said that Guillaume Lemay-Thivierge will have contributed by his advertisements to restore the image of the manufacturer, which had hired him in 2009. First, as a regional spokesperson, to then obtain pan-Canadian mandates. Alas, after more than twelve years of partnership with the Korean firm, the one English speakers nicknamed GLT was going to drastically lose his lucrative contract, following a public statement in which he was going to issue a controversial opinion on vaccination.

This discord reminds us how hiring a spokesperson for a product is an extremely delicate process. Just remember the agreement between Véronique Cloutier and Suzuki, which was to be broken due to the accusations against the father of the Quebec star. And, more recently, the dismissal of Marie-Pier Morin by Buick, who had nevertheless contributed to an explosion in sales of Encore models in Quebec.

Naturally, car manufacturers and dealerships all dream of a happy association with their spokesperson. As was the case between Honda and Martin Matte who, like Mr. Lemay-Thivierge, will have been under contract for 12 years (2001 to 2013). An association so prolific that some believe he still represents the brand, ten years later. We can also remember André-Philippe Gagnon under contract with GM, with his famous “Allez hop, cascade! “, or the Red Label Sale advertised for Toyota by Marie-Soleil Tougas.

< p>To do this, however, each idea must be studied very seriously before an agreement is reached. Because beyond the financial arrangements that can often represent the majority of an artist's annual income, there is what is called the risk factor. Anything that surrounds the possibility of a scandal, either directly or indirectly, usually caused by skeletons in the closet. The Volkswagen dealers who, in the 90s, had hired Joël Legendre, for example, must have been happy to have broken their alliance long before the incident at Parc Marie-Victorin occurred. Same thing for Chrysler, which had broken its association with Normand Brathwaite, a few years before his interception on the Jacques-Cartier bridge, while inebriated.

Chance (if it is a chance) will have wanted that a second Marilou (this time without P) comes to give the answer to Guillaume Lemay-Thivierge in a role of spokesperson. Now, if one does a great job at Chevrolet, the other is a good choice for me. A young woman who has been active for 15 years in the artistic world and who, from memory, has always been very transparent, both personally and professionally. It will breathe new life into a manufacturer in full transformation, where electric vehicles are multiplying. By the way, have you noticed that Mariloup Wolfe's latest advertisements at Chevrolet concern practically only electric vehicles? Perhaps another proof that the hiring of the other Marilou (without P) is not a coincidence!

Fascinated by cars but also by how to sell them, I believe in the importance of an automotive spokesperson in Quebec. Whether it's just a voice (like that of Dan Bigras at Ram, or Patrice Bélanger at Toyota), or a product or brand collaboration. For example, I am convinced that Mitsubishi dealerships, in the process of transformation, should recruit a spokesperson. The same goes for Mazda, which has long been the favorite brand of Quebecers.

Of course, agreements with certain spokespersons can be expensive. However, in a region like ours where translated English advertisements have too little weight, the call for a more culturally involved spokesperson has a lot of impact. Even in a time when cars are selling out in the blink of an eye, and demand is outstripping supply. Because beyond the product to be sold, there is the brand image. What Mitsubishi Motors, Mazda and Ford would do well to work on. Who will be the next artist to be hired by a car manufacturer? And what will this constructor be? The bets are off!