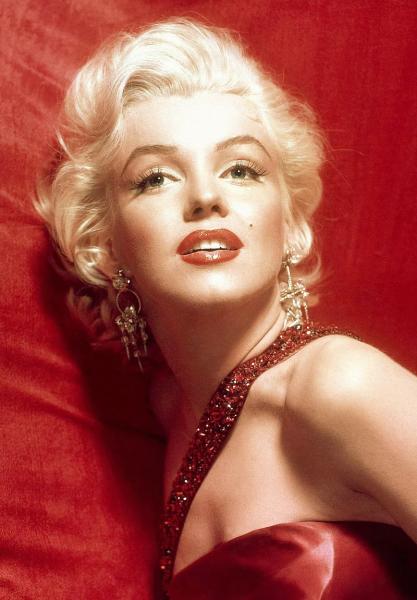 The famous actress of her time Marilyn Monroe has caused a lot of ink to flow. Numerous films, television films and an impressive amount of biographies have emerged over the decades on this enigmatic icon who died at the age of 36. At the dawn of the sixtieth anniversary of his death, the sex symbol still fascinates, both for his rise in the Hollywood universe and for his tragic end. For the occasion, the biography Marilyn, An Untold Story by American author Norman Rosten has just been translated into French.

Some have compared her to Madonna, while others affirm that her notoriety is equal to that of Elvis Presley, one thing is certain, 60 years after her death, Marilyn is still talked about.

< p>Author Norman Rosten, now deceased, had published in the 1970s a biography on the famous actress and former model, who died in August 1962. As he was a close friend, he recounts in his book his relationship with her, which spanned seven years of her life, Marilyn's last years, thus painting the portrait of a fragile, sensitive and intelligent woman. A touching book with a rather poetic aspect. The author is also a poet, novelist, playwright and screenwriter and this is reflected in his book.

For those who don't know the anecdote, Norman Rosten met Marilyn Monroe while his friend and photographer Sam Shaw sought refuge when a heavy rain raged on New York. Norman expected his friend Sam to show up with a model since Sam was used to photographing models. When they entered his house, Norman did not recognize Marilyn, with her hair soaked in a washcloth and without make-up. He asked her what she did for a living. “I played in a few films,” replied the one who was the star of the hour. A beautiful friendship ensued between her and him and his wife Hedda.

The threads were then woven further when Marilyn got married at the age of 30 to Rosten's friend, the famous playwright Arthur Miller. Unfortunately, this third marriage for the actress was described as a disaster by Miller and lasted only six years.

Another bond that united the author and Marilyn: poetry. We learn in this book that the actress liked to write poetry in her spare time and often sought the approval of the poet. Together, they vacationed by the sea, and their friendship seemed unshakable.

If many decried her talent as an artist, while others praised her, everyone agrees that Marilyn was sadly unstable. In addition to his three failed marriages, his childhood was also difficult. Probably badly advised by her doctors, she became dependent on sleeping pills. Various drugs were added, including barbiturates to calm her anxiety attacks and her insomnia, which only added to the discomfort of this adored woman, but financially abused by the producers of Hollywood studios, then that she was mostly underpaid compared to what she brought in to this industry.

The Theories on the death of Marilyn Monroe are numerous. Suicide, accident or attack? In addition to being psychologically unstable, the actress has made some enemies along the way. Even married, she would have had several lovers, including possibly the American president at the time, John F. Kennedy. It is estimated that Marilyn had become cumbersome for some. Was it the effect of the drugs, the imbalance or the inability to manage too much notoriety that got the better of her? We won't know.

The day before her death, Marilyn had telephoned her friend Norman. The latter saw her wasting away in melancholy without being able to help her. He couldn't decode the words of their last phone conversation. Only then did he realize it was a cry for help from a friend in distress.