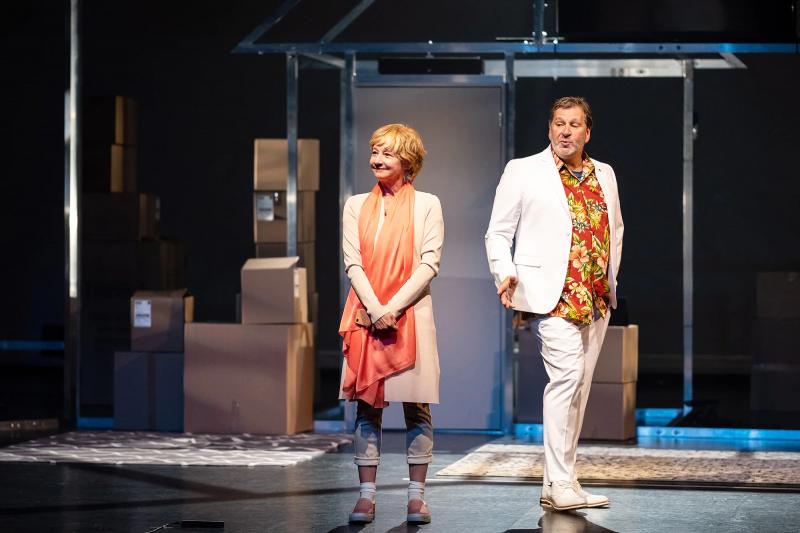 After living his life to the fullest, comedian Mario Jean begins to think about retirement.

“I want to slow down, but not stop, confides the 57 year old man. I have a good job that allows me to continue for a long time. But with the pandemic, I realized that you can take more time for yourself.”

These reflections therefore led him to lay the theatrical comedy The big turn >which will be presented this summer at L'Assomption in Lanaudière as well as in Saguenay, before continuing on tour throughout Quebec. This creation postponed due to the pandemic is precisely about a couple who are entering retirement. “Thinking about it, writing about it, it reassures me, it did me good,” says the actor.

The one who graduated from the National School of humor in 1991 notes that “as time goes by, there is an urgency to live that takes on more”.

“It's a huge void to see my two sons gone,” he admits. It stuns us. However, there is a freedom that is fun for the couple.”

“In my network of friends, we are all at the age when our parents die, he adds. We're going to a funeral. We have never talked so much about the present moment.”

All these events lead him to question himself. “I wonder if I have achieved my dreams, if I am happy or in the right place. And the answer is yes,” he mentions. , Mario Jean will share the stage with Diane Lavallée.

“I had never played with Diane, he mentions. She's quite an actress. She makes me laugh.”

The staging is provided by actor Pierre-François Legendre.

“I wanted him to appropriate the text so that he could create it,” explains Mario Jean. He even understood things that I hadn't realized. It completely stunned me, because I had written by instinct. He saw the good deals.”

In this play, the couple decides to sell all their possessions in order to live elsewhere on their own, but their retirement plans are disrupted by the confessions of their children with whom they communicate by videoconference.

“It tells the quest of the characters, says the author. It's funny and provokes laughs, but it's also gritty and serious. I like comedies where you can cry and be touched.”

Mario Jean is not taking it easy this summer. His first theatrical creation, Kilimanjaro, was staged at the La Marjolaine theater in Eastman in Estrie, after being postponed by COVID-19. He is directing this work.

In August, he will resume filming the TV series Léo broadcast on TVA.

In addition to his on a theatrical tour this fall, he will play for the last performances of his comedy show Aller de l'avant.