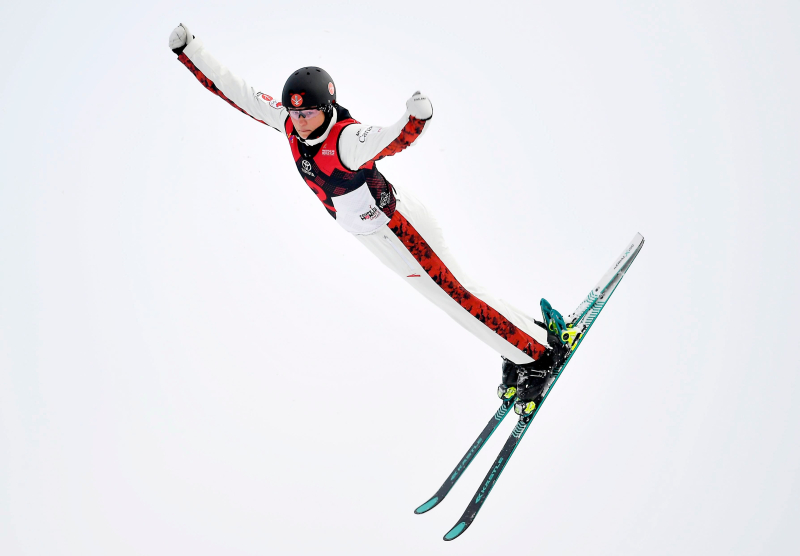 After the intoxication of victory on Saturday, Marion Thénault suffered a great disappointment yesterday when she was excluded from the final for only the second time in her career.

Wearing the yellow jersey as leader of the World Cup standings for the first time in her career, Thénault executed a jump she is used to landing easily, but was unable to land properly .

“I made a mistake that I often made before, she explained. I brought my feet back on landing. I had a very nice jump and I had it, but I was not aggressive enough in my actions. It is not a question if I am able to pass it or not. The question is whether I'm in a good frame of mind or not. ”

Thénault was unable to come down from his cloud after having moments of great intensity, Saturday, surrounded by loved ones.

” It's difficult to live such beautiful moments, which were simply incredible, and to have to start all over again the next day, a- she recounted. Mentally, I couldn't do it. I have work to do on this level. ”

Did she feel any extra pressure after taking the top step of the podium on Saturday?

“Honestly, I don't think so,” she said. I always want to win. I was more confident than the day before because of my victory. I have to learn to manage two consecutive World Cups, which I had never experienced before.

Jeff Bean considers that Thénault's misadventure is part of his apprenticeship.

“I was really disappointed this morning, but it's a good experience if you look at Marion's overall career,” said Canadian team head coach Jeff Bean. It's not easy to come back to the same state of mind after having experienced such strong emotions. She went through something really special to win at home and it's 100 percent normal what happened.”

“She's going to learn a lot from this experience,” Bean continued. I am very happy that she was able to keep the yellow jersey. The real test will be at the next World Cup and I am confident that she will be back on the podium in the United States. Despite her accomplishments since the beginning of her career, we must not forget that Marion is still a young competitor. »

Thénault was left out of the final at her first World Cup on February 7 2020 in Deer Valley, finishing in 18th place.

“It just hurts, not more because I'm at home. Wearing the yellow jersey for the first time in my career probably added stress. Flavie Aumond bounced back nicely with a seventh-place finish, missing her third career super final by a pinch.

“I was disappointed on Saturday, but I'm happy today [yesterday]. I made a small mistake landing in the final and I knew I wouldn't make the super final. ”