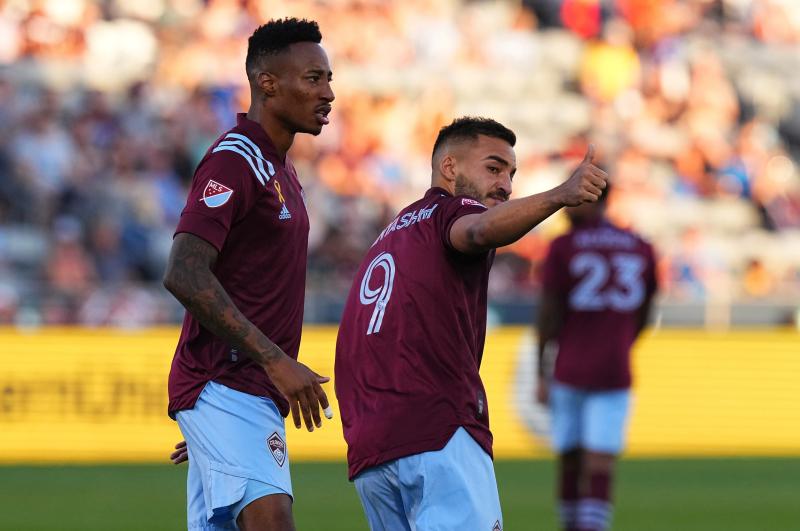 Although he rose through the ranks in the Toronto FC academy, Mark-Anthony Kaye never had the chance to experience the great rivalry against CF Montreal. Now that he's back, the Ontarian is looking forward to battling it out at Saputo Stadium on Saturday.

It will indeed be a special game for the 27-year-old midfielder, who for the first time in his Major League Soccer career finds himself in a Canadian market. A few years ago, he was able to take part in some “El Trafico”, the derby between the two Los Angeles teams.

“Every club rivalry is a big deal. I know how important it is for our fans, for the club. I'm excited to be part of it for the first time in my career, but I already have experience of several great rivalries. I know what it takes mentally to be ready,” Kaye said Wednesday night at a press conference after his baptism of fire against the Chicago Fire.

That game, Toronto lost it 2-0 at Soldier Field. The new acquisition of the “Reds” is dying to play on the grass surface of BMO Field, but it is outside the Toronto home that he must take the pulse.

“It was my first duel with the team and I'm just trying to get to grips with all the guys' style and build good chemistry. It's a shame we couldn't get the win tonight [Wednesday], but I see some positives,” he admitted nonetheless.

The “TFC” is still in trouble this season, but a decisive 4-0 victory over CF Montreal in June, in the semi-finals of the Canadian Championship, had temporarily put it back on track.

He will again want to take advantage of a Bleu-Blanc-Noir shaken by a loss at Stade Saputo last Saturday against Sporting Kansas City, to take the lead very early.

“Every time you play a game away, it's important to start with the right mindset and the right structure to make sure you keep the team in the game. If you concede quickly, it becomes very difficult abroad,” Kaye explained.

Toronto FC will have to learn from their mistakes, having conceded “two easy goals” to Jhon Duran in the first quarter hour in Chicago.

“We need guys who learn from this game, strong guys, guys who can push each other and help each other. We'll see if we can respond,” retorted head coach Bob Bradley.